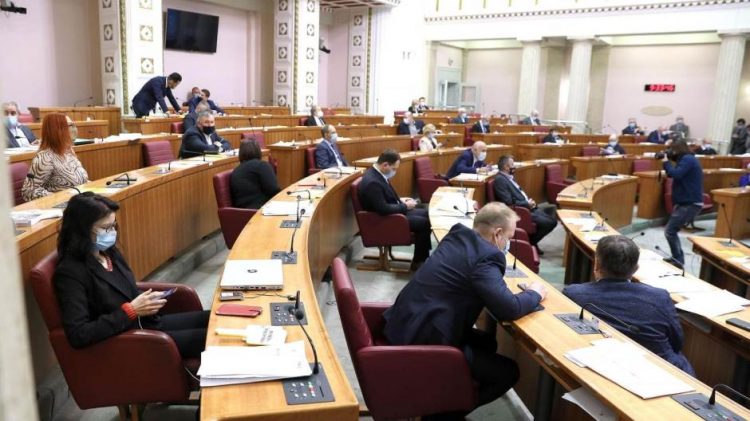 The Croatian parliament on Friday endorsed the decision to declare an Exclusive Economic Zone in the Adriatic Sea by 129 votes in favour and one abstention.

The Exclusive Economic Zone (EEZ) will be formally declared next month after a trilateral meeting with Slovenia and Italy.

Parliament instructed the government to support stronger cooperation at the trilateral meeting in January 2021 in light of the declaration of exclusive economic zones by Croatia and Italy.

“By declaring the Exclusive Economic Zone, we will do our utmost to legally protect the Adriatic Sea,” Foreign Minister Gordan Grlic Radman said.

Compared with the existing Ecological and Fisheries Protection Zone, the Exclusive Economic Zone provides for two more rights – the right to build artificial islands and the right to use the power of the sea, sea currents and wind.

Parliament also adopted a report on consultations in respect of the declaration of the Exclusive Economic Zone.

Before the vote, the parliamentary groups reiterated their views on the matter.

Nikola Grmoja of the opposition Bridge party said he was pleased that after five years of their struggle and the struggle of their predecessors this decision was being put to the vote. He said he was glad that the ruling parties had changed their opinion, albeit under Italy’s influence.

Hrvoje Zekanovic (Croatian Sovereignists) said this was no cause for celebration because it only showed “how pathetic Croatia’s politics are”.

“Had Italy not decided to declare an Exclusive Economic Zone, Croatia would never have done it,” Zekanovic said, adding that the EEZ would change nothing because “Italian trawlers will continue to plough the Croatian seabed.”

Branko Bacic of the ruling Croatian Democratic Union (HDZ) said that by declaring the EEZ Croatia was protecting its strategic and national interests in the Adriatic, adding that Croatian fishermen would follow rules adopted by the European Commission at Croatia’s proposal.

Arsen Bauk of the Social Democratic Party (SDP) said that the declaration of the EEZ was a matter for celebration after all because it marked the end of the process that was begun by the SDP government of Ivica Racan in 2003.

The Homeland Movement’s Milan Vrkljan disagreed with Bauk, saying that the initiative had actually been launched by the late President Tudjman back in 1994.

Also, Parliament unanimously adopted the Council decision on the system of own resources, one of the EU’s key legislative acts the purpose of which is to secure financing over the next seven years.

The agreement on the multiannual financial framework for 2021-2027 provides for a new category of revenue based on own resources from non-recycled plastic packaging waste, in accordance with the EU’s green transition and sustainable economy strategy.