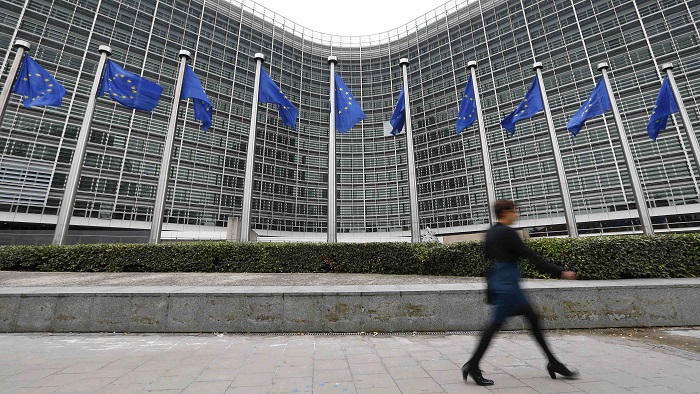 The European Commission on Thursday revised Croatia's GDP growth forecast for 2018 to 2.8 percent from 2.6 percent in their previous report in July, noting that a surprisingly strong growth in the Q2 2018 indicated solid growth throughout the year.

“After closing 2017 on a weak quarterly reading, real GDP growth regained momentum in the first half of the year, posting a 1.1 percent quarter-on-quarter rate in the second quarter,” the European Commission’s latest European Economic Forecast published on Thursday said.

In the second quarter of 2018, growth picked up to 2.9 percent from 2.5 percent in the first quarter.

The EC forecast said that household spending is not expected to slow down, and that it is supported by positive employment and income trends.

“Household consumption is expected to remain the main growth driver over the forecast horizon, as disposable incomes benefit from rising wages and employment, as well as steadily increasing tourist receipts and remittances,” the report said.

Furthermore, the purchasing power of households will be supported by subdued inflation, thanks to the planned reduction of VAT rates for some products to 13 percent, from the current 25 percent in 2019 and 2020, with low interest rates in the consumer credit market.

Also, private investment is set to benefit from favourable financial conditions, while public investment is projected to intensify as the currently lagging absorption of EU funding picks up.

“The pace of export growth for both goods and services slowed down in the first half of the year and is set to moderate further in the second half. At the same time, imports of goods and services, while slowing somewhat, continue posting high growth rates,” the EC said.

External demand for Croatian goods is expected to remain solid. However, the pace of exports’ market share gains is likely to have peaked, and growth of goods exports is projected to continue moderating.

“Similarly, after years of record-setting numbers, revitalised competition in the Mediterranean is expected to have a dampening impact on the expansion of tourism services exports,” said the report.

Goods imports are projected to continue increasing steadily on account of strong domestic demand, while growth of imports of services is expected to slow down. As a result of these developments, the trade balance is set to progressively deteriorate, but remain positive.

In turn, the current account surplus is expected to inch down to below 2 percent of GDP by 2020.

The European Commission expects employment to grow by 2.3 percent this year, and to grow moderately in the next two years. Wage growth is expected to peak this year on the back of higher wages in the public sector.

With unemployment falling rapidly and demand for labour intensifying in some sectors, wage pressures in the private sector are expected to grow stronger in 2019 and 2020.

As the labour market continues improving, migration outflows are expected to ease.

Downside risks to Croatia’s economy come from the external side. “A slowdown in some of Croatia’s main EU trading partners could dampen goods exports, while tourism could suffer more severely than expected from intensified competition in the Mediterranean.”

After recording a first-ever government budget surplus, of 0.9 percent of GDP in 2017, Croatia’s public finances remain in good shape in 2018.

However, the surplus level is expected to drop.

“The materialisation of contingent liabilities (government guarantees to the shipyard industry) in excess of 1 percent of GDP is expected in 2018-19. Largely due to this, the surplus is set to drop to 0.2 percent of GDP in 2018. In 2019, revenue is expected to grow slower than the nominal GDP due to the effects of the forthcoming tax reform, which will cut VAT, personal income taxes and social contributions,” the report said.

“Expenditure growth should remain contained, largely due to the strong base effect of the rising wage bill and capital transfers in 2018. The surplus is thus expected to increase to 0.4 percent of GDP in 2019 , and drop again to just above balance in 2020, largely on account of public investment growth. In structural terms, the general government balance is projected to fall into negative territory this year, and deteriorate thereafter,” it adds.

Driven by surpluses and GDP growth, the debt ratio is set to continue declining strongly, to 73.5 percent of GDP in 2018, 70.1 percent in 2019, and 68.2% percent in 2020. Risks to this forecast include the possibility of greater-than-expected capital transfers to distressed companies, the European Commission said.

Most local and foreign analysts expect a slight slowing of growth this year from last year’s 2.9 percent.

Croatia’s central bank has recently revised down its growth forecast for this year to 2.7 percent from earlier projections of 2.8 percent, while the European Bank for Reconstruction and Development (EBRD) expects the Croatian economy to grow at a rate of 2.7 percent in 2018.

The government drew up the budget for this year on a growth projection of 2.9 percent in 2018.

Croatia’s GDP grew by 2.5 percent in the first quarter of 2018 compared with the same period in 2017, while in the second quarter it grew by 2.9 percent.