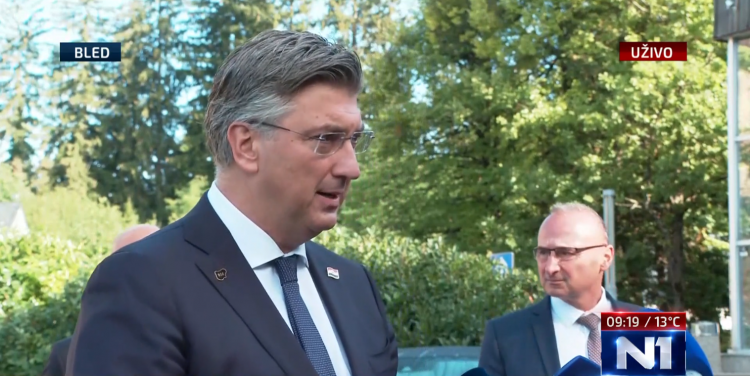 Croatia and Slovenia have "improved their relationship" during the term of the incumbent Slovenian Prime Minister Janez Jansa, Croatian Prime Minister Andrej Plenkovic said at the start of the 16th Bled Strategic Forum in the Slovenian lakeside town of Bled on Wednesday.

“I think that during the term of Prime Minister Janez Jansa we have established excellent dialogue, excellent communication and cooperation. Economic relations, tourism, outstanding issues – they are all being dealt with to the satisfaction of both countries,” Plenkovic said in a quote cited by state agency Hina.

Jansa, a long-time conservative politician in Slovenia, took office in March 2020 on a right-wing anti-immigration platform, and has been openly warring with some sections of the local media ever since. Slovenia took over the rotating six-months presidency of the European Union on July 1 from Portugal.

It remains unclear what “improvements” was Plenkovic specifically referring to.

“He added that unresolved issues between the two countries, such as the border dispute, should be addressed in ways that would not harm their mutual relations, and that this was possible during the term of the present government,” Hina added.

Croatia and Slovenia have been involved in a decades-old border dispute over maritime demarcation in the Piran Bay in northern Adriatic.

Croatian Minister of Foreign and European Affairs Gordan Grlic-Radman will join the two-day forum on Thursday, when he will speak at a panel on “cooperation in the Adriatic Sea.”