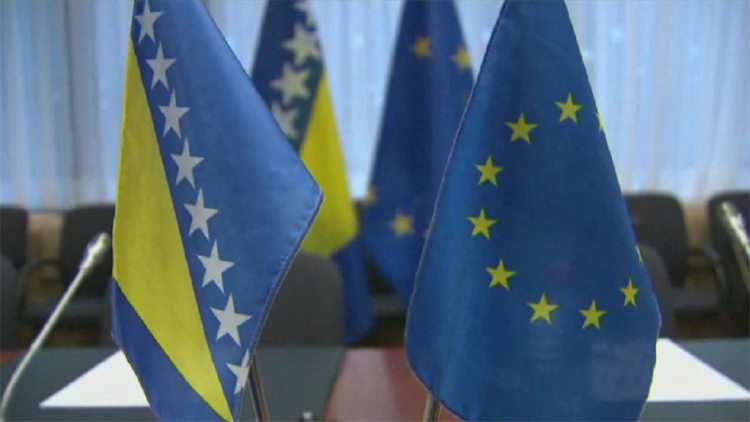 The European Commission (EC) said on Wednesday it is concerned with the existing migrant reception capacities in Bosnia and Herzegovina - as they are demed largely insufficient to accomodate the influx of people - and went on to slam Bosnia officials for failure to suggest suitable locations for additional facilities in spite of funding offered.

“The Commission urges Bosnia and Herzegovina authorities to identify suitable facilities with no further delay,” the Delegation wrote, adding that the Commission took note of Bosnia’s commitment to ensuring the effective functioning of the existing temporary reception centres.

They urged Bosnian authorities to relocate without delay migrants and refugees from the unsuitable site of Vucjak.

Local authorities in the northwestern Bosnia, affected with the migrant crisis the most, agreed to move the migrants out of the urban zones due to jeopardised safety. Their proposal to send the migrants to a new shelter in Vucjak settlement was greenlighted by the state government.

Despite the UN’s warning regarding the poor conditions in the assigned area, the authorities started transporting the migrants to Vucjak.

Interior Ministry of Una-Sana Canton, which covers the area of Bihac and its surrounding claims that the migrants were provided food and water. Followed the incident when four officers were injured while trying to transport the migrants to the new location, the situation is now under control, the ministry said.

The meeting touched upon the implementation of the significant assistance provided by the EU to Bosnia in coping with the increased presence of migrants and refugees since the beginning of 2018, which amounts to €24 million, the statement said. Officials also spoke of the specific needs regarding the upcoming winter and migrants’ accomodation.

“The Commission welcomes the commitment of Bosnia and Herzegovina authorities to strengthen their coordination in managing migration. In this context, the Commission will provide a senior expert to support the relevant coordination structures,” the EU Delegation said, adding that the dignity and safety of all persons, especially the most vulnerable, need to be ensured and protected.

Bosnia and Herzegovina’s delegation was led by the Minister of Security Mr Dragan Mektic and included representatives of various levels of government, notably the Una Sana Canton.

Since 2007, the European Union has been providing assistance to Bosnia worth € 48.6 million in the area of migration and border management through the Instrument for pre-accession assistance. The country has also benefited from the IPA regional programme ‘Support to Protection-Sensitive Migration Management’ worth up to €14.5 million.

EU overall assistance to Bosnia and Herzegovina since 2018 to cope with the increased migratory presence amounts to €24 million. This is in addition to €24.6 million assistance the European Union has provided to it in the area of asylum, migration and border management since 2007, the Delegation’s statement said.