Bartulica: Croatia has more pressing issues than how president is elected 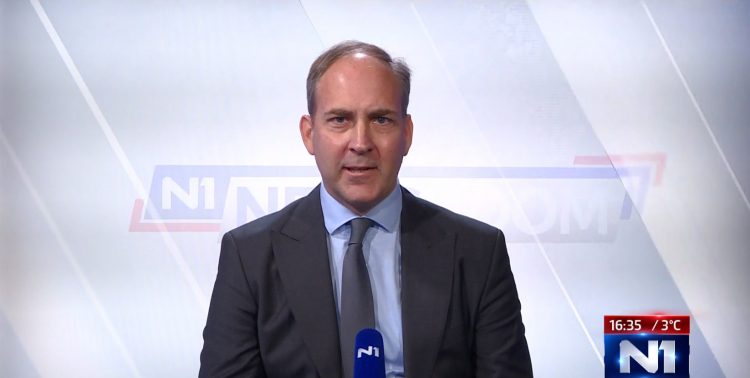 The deputy whip of the opposition DP party Stjepo Bartulica said on Thursday that senior HDZ member Vladimir Seks's proposal that the president of the republic should be elected in parliament by a two-thirds majority only diverted attention from essential issues.

Croatia has many more pressing topics given the dysfunctional public administration and judiciary, Batulica told the press.

Asked if the prime minister was lecturing the media on how they should work, he said Andrej Plenkovic “has his way of communication, he can be very rude, he’s like that with members of parliament, and was yesterday with journalists.”

“He should let journalists and editors do their job instead of dictating from that position of power what they will do and how,” Bartulica said and wished “him and everyone in Croatia a merry Christmas.”

Asked if he would get vaccinated against coronavirus, he said “it’s very important that citizens accept vaccination” and that Croatia could not afford to remain in this situation. He added, however, that he was against mandatory vaccination.

Bartulica said he would continue to push for individual responsibility and that he believed that the Croatian people would be responsible.

Asked to comment on the fact that Vukovar Mayor Ivan Penava had formed his own party, he said Penava was a valuable member of the Homeland Movement caucus and that, as he understood it, Penava did so for legal reasons.

He added that their cooperation remained strong and good, and that they expected to run in the next election together.