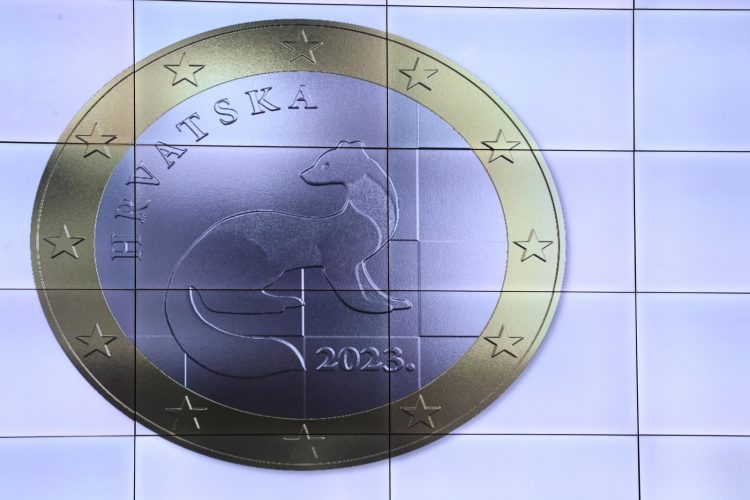 The best design for the national side of the Croatian 1-euro coin, chosen in a repeated competition, was presented at a meeting of the national council for the adoption of the euro as legal tender in Croatia on Wednesday.

The author of the design, student Jagor Sunde, received a 70,000 kuna reward for his work, while co-authors David Cemeljic and Fran Zekan each received 30,000 kuna.

The central bank HNB received 192 design proposals, of which 135 were considered in the first round of the competition, said HNB Vice-Governor Ivana Jakir-Bajo, who also serves as the chair of the Currency Commission and the Commission for the Selection of Design Proposals.

A jury of renowned Croatian artists and experts considered all the proposals received and chose the best five proposals without ranking them. In the second round of the competition, the HNB Currency Commission selected the best design and submitted it to the Council of the European Union, the European Commission and the euro area member states.

On 20 April, the HNB was notified by the Council of the EU that the design submitted had been approved.

The minting of 1 euro coins and coins of other denominations with the Croatian national side can begin only after the Council of the EU approves Croatia’s decision to adopt the euro as legal tender.

The best designs for the Croatian side of euro and cent coins were originally presented in early February. However, it soon turned out that the selected author of the 1 euro coin design with the motif of a marten had illegally used a photograph of a marten by a Scottish photographer as a template for his design. The author, Stjepan Pranjkovic, withdrew his proposal after which the HNB invited new proposals for the 1 euro coin design.