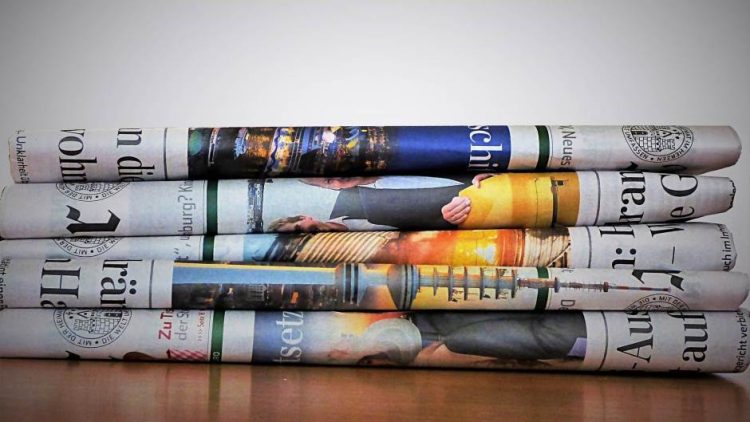 Croatian journalists marked the World Press Freedom Day on Tuesday by paying a tribute to reporters killed in Ukraine, and to "all reporters anywhere whose freedom is threatened."

Gathered in front of the memorial plaque commemorating reporters killed during WWII and the 1991-95 war, head of HND, Hrvoje Zovko, his deputies Branko Mijic and Goran Gazdek, SNH leader Maja Sever, and their colleagues held up photographs of reporters working for international media who had been killed in the war in Ukraine.

State agency Hina reported that Sever had “read excerpts from the Perugia Declaration for Ukraine” which said that the Russian military aggression against Ukraine “has once again underlined the essential role of independent and ethical journalism in informing people, assisting them in making life-or-death decisions, and holding the powerful to account.”

“The document has been signed by the European Federation of Journalists and another 149 organisations, as well as by the HND and SNH,” Hina said.

“As a powerful antidote to disinformation and propaganda that characterize hybrid warfare, and as a pillar of democracy upon which other freedoms and rights depend, journalism in Ukraine is undergoing a terrible assault. The targeting, torturing, and killing of journalists is abhorrent and must be stopped. Those responsible must be held accountable and brought to justice under national and international law,” Sever said.

“The declaration says that vicious online attacks against news organizations and individual journalists must cease, condemning Russia’s attacks on press freedom and freedom of expression in Ukraine in the strongest possible terms. It expresses solidarity with all journalists and independent media covering Russia’s aggression against Ukraine,” Hina explained.

“The greater the threat to Ukrainian journalists’ lives, livelihoods, and ability to do their jobs, the greater will be our efforts to support them. Funding, protective gear, equipment, housing, training, office space in foreign cities, and psycho-social support – we will do everything we can to support our Ukrainian colleagues’ ability to continue reporting and serving the urgent needs of their audiences,” the declaration said.