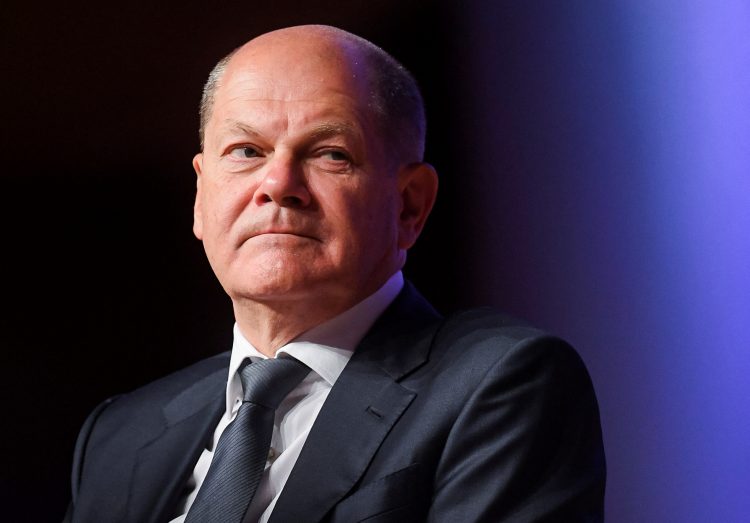 Germany wants the Western Balkan countries to be given a "realistic opportunity" to join the European Union, Chancellor Olaf Scholz told reporters in Brussels on Thursday ahead of a meeting of EU and Western Balkan leaders.

“The citizens in the Western Balkans have been waiting for almost 20 years for the opportunity to become members of the European Union. It is of utmost importance that this becomes a credible promise because the many efforts that these countries have undertaken must in the end actually lead to their admission,” Scholz said.

The EU leaders are meeting their Western Balkan counterparts before their regular summit, which is expected to adopt a historic decision to grant membership candidate status to Ukraine and Moldova.

The EU leaders are expected to again express their full and unequivocal commitment to membership prospects for the  Western Balkan countries and call on them to speed up the accession process.

“Three EU member states have asked that Bosnia and Herzegovina also be granted candidate status, but there is no consensus on the matter, according to a high-level EU official knowledgeable about the preparation of the summit,” state agency Hina said.

One of the toughest issues facing the summit is efforts to remove Bulgaria’s blockade of the opening of accession talks with North Macedonia. The Bulgarian government received a vote of no confidence on Wednesday, and there are indications that Sofia is willing to remove the blockade based on a French proposal.

“However, the question is whether North Macedonia will agree to it,” Hina opined.

Edi Rama, the Prime Minister of Albania, which is included in the same package as North Macedonia, said that it was a shame that NATO member Bulgaria should block two other NATO members, Albania and North Macedonia, in the middle of “a hot war in Europe’s backyard” as 26 other EU member states displayed “frightening impotence”.

Serbian President, Aleksandar Vucic, commented on Croatia’s remarks that Serbia could no longer “sit on two chairs at the same time.”

“Serbia is sitting in its own chair, and it is not the Croatian prime minister and president who will lead Serbian politics, but the citizens of Serbia through their leadership,” Vucic said.