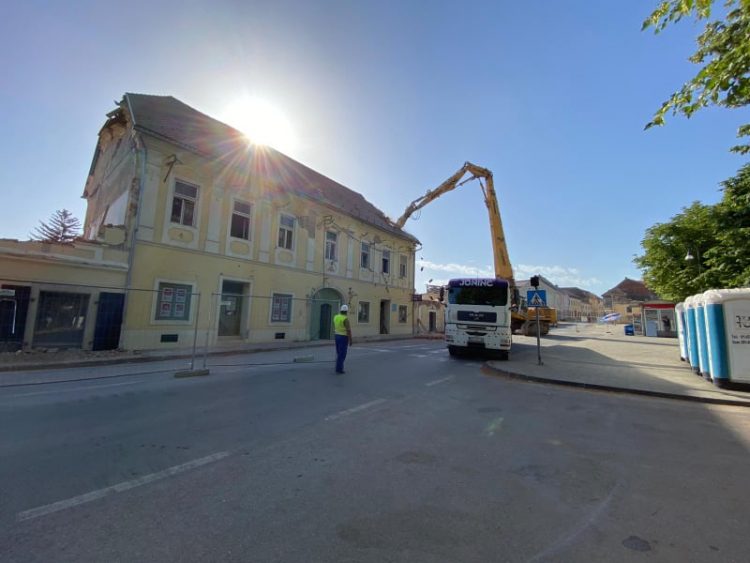 The government has ensured HRK 360 million in interest-free loans for the repair of the damage caused by last year's earthquakes, Deputy Prime Minister Tomo Medved told a press conference after an inner cabinet meeting on Wednesday.

For this purpose, HRK 180 million will go to Sisak-Moslavina County, HRK 150 million has been set aside for the City of Zagreb, HRK 10 million for Krapina-Zagorje County and HRK 20 million for Zagreb County.

Medved noted that “this is yet another strong decision by the government aimed at rebuilding the areas devastated by the earthquakes.” He recalled that since 29 December 2020 over HRK 817 million had been allocated from the state budget for Sisak-Moslavina County alone.

Construction Minister Darko Horvat spoke of amendments to the Reconstruction Act, saying that they were designed to remove the problems that caused delays in the reconstruction process. He added that these problems mainly related to the legal status of the buildings damaged or destroyed by the earthquakes.

Responding to questions from the press, Medved dismissed the claim that 1,000 people were still without temporary accommodation and that the reconstruction process would take 10 years to complete. He called on all people staying in containers not fit for winter conditions to contact the authorities so that they could be provided with appropriate accommodation for the winter.

Finance Minister Zdravko Marić said that the decision to award interest-free loans to the local government units hit by the earthquakes was a third round of such loans being granted.

As for the repayment of these loans, he said that a portion of these loans would be covered from the Solidarity Fund, while a portion would be subject to repayment with a grace period until 2024, after which payments would be made quarterly over the next three years.