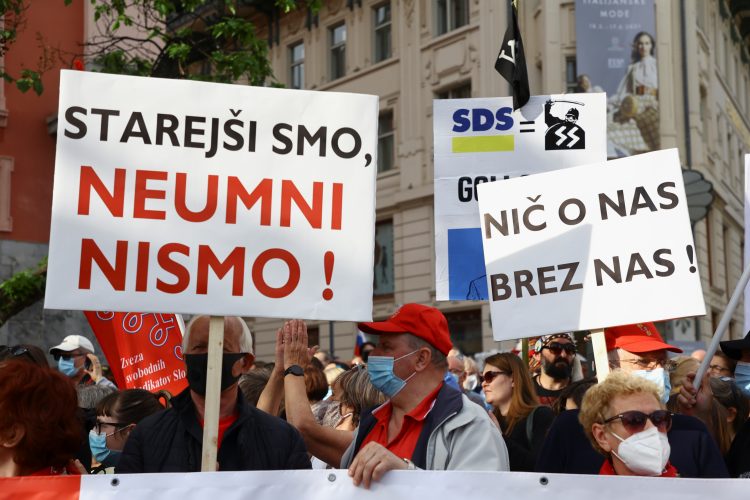 The ruling coalition of Slovenian Prime Minister Janez Jansa on Friday suffered a new defeat in its attempt to replace Parliament Speaker Igor Zorcic, who has left the coalition Party of Democratic Centre over his disagreement with the government and formed his own parliamentary group.

As during a vote last month, the ruling majority was one vote short of having Zorcic replaced. Forty-five deputies voted to oust him, one fewer than the required majority, two ballots were invalid while opposition deputies walked out of the parliament before the vote.

The head of the party group of Jansa’s Slovenian Democratic Party (SDS) said that the ruling majority would request a new vote so that Jozef Horvat of the New Slovenia Christian Democratic party could replace Zorcic, while Zorcic said that today’s decision by members of parliament confirmed that he was a sovereign institution.

On Friday evening more than 10,000 people rallied in downtown Ljubljana for a protest against the Jansa government.

Attending the protest were students, environmental activists and nongovernmental organisations as well as several deputies from two opposition parties.

The protesters demanded that the government step down, calling for new elections, and their demands were also supported by the Social Democrats and the Alenka Bratusek Party.