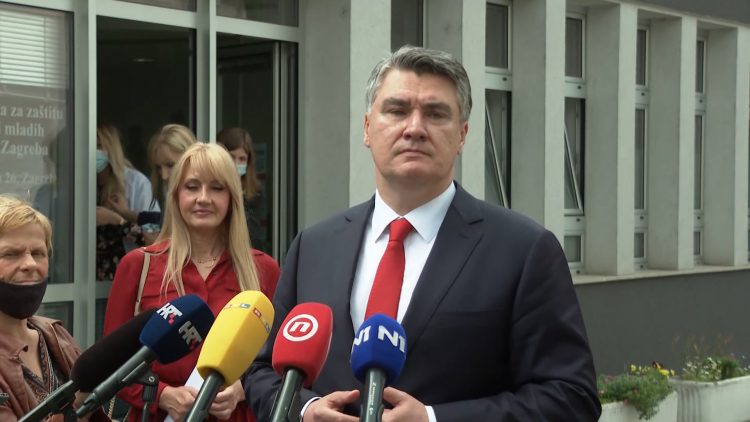 President Zoran Milanovic said on Monday that he had only proposed, but never insisted, that the central celebration of the Operation Storm anniversary not be held in Knin this year.

After visiting the children’s hospital in Zagreb, Milanovic said that he had proposed that this year’s celebration be held in Glina after this suggestion was made to him by many war veterans including generals.

Commenting on the opposition of the ruling Croatian Democratic Union (HDZ) party to the proposal, the president said: “Whatever I suggest, they can’t live with it”.

Explaining why he would not plough ahead with the idea that the central ceremony marking 1995’s Operation Storm should not be held in Knin every year, Milanovic said that Prime Minister Andrej Plenkovic “was a runaway and is now healing his complexes”.

Asked to comment on a final verdict in the trial of Bosnian Serb wartime military commander Ratko Mladic before a UN war crimes tribunal in The Hague, which is due to be announced on Tuesday, Milanovic said he expected that the appeals chamber would uphold the sentence of life imprisonment.