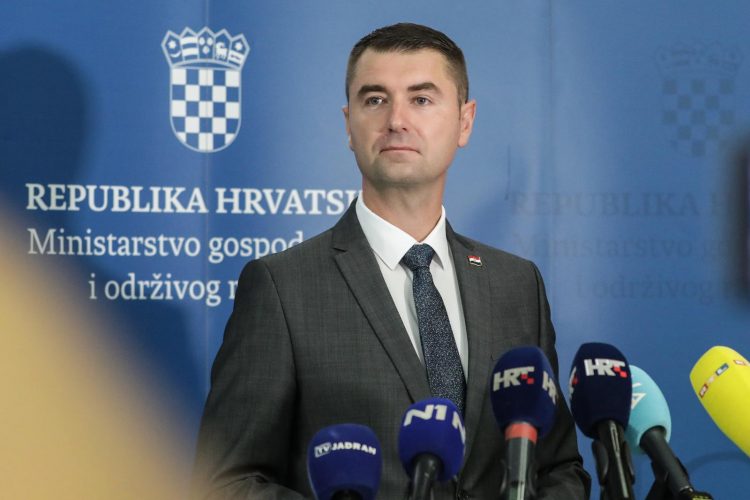 The government's decision that gas produced in Croatia stays in Croatia has not been agreed with Hungarian energy group MOL, but they cannot prevent its implementation, Economy Minister Davor Filipovic said on Wednesday.

Croatia’s INA will sell all domestic gas to the HEP power provider at the lowest price set by the HERA regulator, the price for households of €41/MWh, and HEP will distribute the gas to households and institutions, he told the press, adding that today’s gas price on the exchange was €227/MWh.

Filipovic said the government’s decision today to sell all gas produced in Croatia to HEP was adopted in line with the law, adding that he will inform MOL about it today, that he announced it to them last week, and that MOL has no way of stopping the decision.

Asked about INA’s producer price for Croatian gas, Filipovic said the question should be put to INA and that the lowest price that could be set under current regulations was set. “The producer price is certainly lower than this one we set,” he said, adding that everything was done under the law.

Filipovic said that INA management board president Sandor Fasimon’s statement that INA was selling domestic gas in Croatia was only technically correct “because there are foreign firms which set up a company in Croatia, some private limited company, and then INA sells the gas to this company, which sells it on.”

Asked if MOL could seek some sort of compensation for today’s government decision, which will cut its earnings, Filipovic said “one should consider the times we live in” and how to help households and businesses.

The current prices of gas and electricity are mainly due to speculation, he added. “We can’t have someone use speculative moves, at the expense of our citizens, to sell gas produced in Croatia at prices that are absolutely inappropriate.”

He said this year and the next INA would produce 10% more gas than planned and that one would see if it would be technically possible to further increase production in future.

Filipovic reiterated that Croatia will insist on replacing INA’s entire management board and changing the corporate management model.