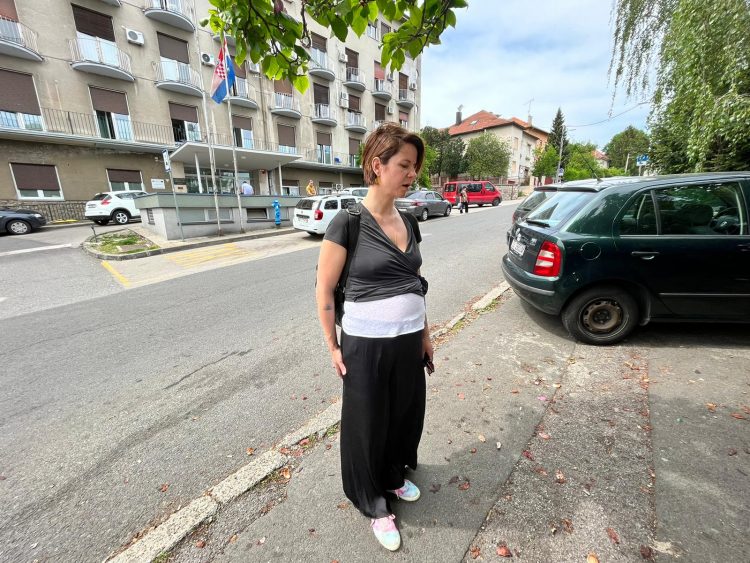 The Social Democratic Party, the GLAS party and two associations on Thursday asked the Health Ministry to urgently enable the exercise of the legal right to abortion after the public found out that Zagreb hospitals have refused a woman's request to abort an unborn child with a malignant tumor.

Mirela Cavajda, a 39-year-old pregnant woman who requested abortion in the 26th week of pregnancy after the foetus was diagnosed with a malignant brain tumor, had her request rejected by three hospitals in Zagreb.

Abortion in Croatia is legal until 10 weeks following conception, and afterwards in specific circumstances, including cases in which the mother’s life is in danger, the child is likely to be born with serious defects, or when conception was the result of a criminal act.

However, medical staff in Croatia have the right to conscientious objection, which means that abortion is hard to obtain in some hospitals in the country.

“Sisters of Charity Hospital said they cannot confirm the diagnosis from the existing test results, which is why they are refusing her request,” Cavajda’s attorney, Vanja Juric, told Index.hr, adding however that Cavajda was never called for further tests so that their dilemmas may be resolved.

Clinical Hospital Sveti Duh admitted that, due to a severe malformation of the foetus which will result in severe disability and low quality of life, as well as high probability of intrauterine or early neonatal mortality, there are medical grounds for termination of pregnancy. However, they said the hospital cannot perform the procedure because they lack experts in the field.

Clinical Hospital Merkur said the patients’ medical records are confidential and that “relevant hospital committees” are the ones who decide on patients’ requests.

Cavajda’s attorney confirmed however that the hospital had rejected the request without explanation.

The SDP Women’s Forum appealed for urgently granting Mirela Cavajda’s request to terminate the pregnancy, saying they were appalled by the refusal of the ethics commissions of the hospitals to do so, as well as by the Health Ministry’s response.

GLAS asked Health Ministry Vili Beros to urgently publish data on the number of doctors who are conscientious objectors, as well as a plan and deadlines for making sure that abortions can be performed per request in every hospital.

The current situation is turning into a “callous abuse of women,” the party said, adding that the prime minister has not yet replied to GLAS MP Anka Mrak-Taritas’ question if he knows that in many hospitals all or nearly all doctors cite conscientious objection and that terminating a pregnancy is virtually impossible.

The Association for the Promotion of Patients’ Rights requested the Health Ministry to immediately send hospitals protocols for all cases related to abortion, saying that everyone interprets the law in their way.

The minister’s statement that hospitals must do something although there are no protocols is scandalous, and sending women to Slovenia to abort at their own expense is unacceptable, the association said.

Daniela Drandic of the Roda Parents in Action association said the law regulating pregnancy termination was neither a political nor an ideological issue but a law protecting women’s health.

We should urge elected decision-makers to make decisions to upgrade the law and enable equal access to healthcare for all women, she added.