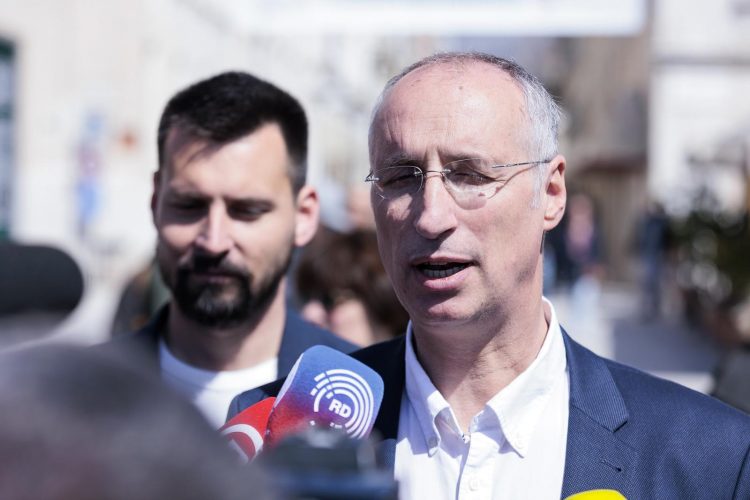 The Justice and Administration Ministry said on Tuesday it had not yet received the resignations announced by Split Mayor Ivica Puljak and his first deputy Bojan Ivosevic, and that in the event of an early election, the city would in the interim period be governed by a government commissioner.

The ministry said the appointment of a government commissioner in local government units was defined by law and that the commissioner’s powers pertained only to technical governance, to ensure the functioning of local services.

In the event that Puljak resigns as announced, he would do so after less than one year in office , so an early election for the mayor of Split and his two deputies would have to be called, the ministry said, adding that the law does not envisage the possibility of the second deputy mayor acting as mayor.

After announcing his and Ivosevic’s resignations last week, Puljak said the city would be governed until the election by his second deputy, Antonio Kuzmanic, and not a government-appointed commissioner. This opinion has been supported by many constitutional law experts.

Speaking to the Croatian state news agency Hina today, Puljak said that neither he nor Ivosevic would accept any other, let alone “incorrect interpretation of the law,” citing the opinion of those experts.

The HDZ said this was “a dangerous precedent”, calling out Puljak for putting Ivosevic’s political interest above the rule of law.

The Most party, whose city councillors made up the ruling majority together with Puljak until recently, have announced their resignations and called on Kuzmanic to resign as second deputy mayor.

Kuzmanic said today that he would not tender his resignation on Friday, when Puljak and Ivosevic are expected to officially resign, noting that he would stay in his post until the entire City Council resigned.

“I’m willing to resign as soon as the entire opposition (in the City Council), that is, the HDZ, resigns. When the City Council is dissolved, my resignation will be on the table,” Kuzmanic said.

Puljak announced his and Ivosevic’s resignation and that Kuzmanic would run Split until an early election after the parties in the City Council supporting him suspended their cooperation with him, insisting that Ivosevic be removed from office after he was indicted for threatening a reporter of the Split-based Slobodna Dalmacija daily.

Refusing to replace Ivosevic, Puljak said last Thursday they would both resign and go to a snap election. Puljak said his deputy did not threaten the reporter’s life, that his communication was indeed inappropriate but that one did not go to jail for that.