Antifascist association head: Croatia would not exist without Partisan struggle 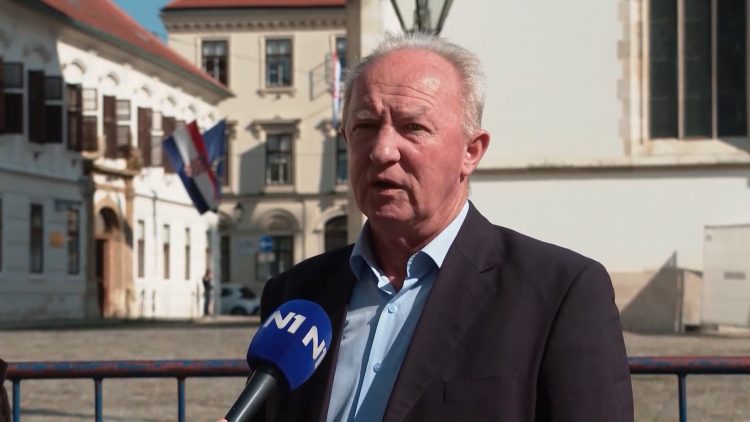 The head of the Croatian Federation of Antifascist Fighters and Antifascists (SABA), Franjo Habulin, said on Monday, on the occasion of the Day of Victory over Fascism, that today's Croatia would not exist without the struggle of the World War II Partisan fighters.

“Croatia was founded on the antifascist struggle. Today’s Croatia would not exist without the Partisan struggle,” Habulin said at Zagreb’s Mirogoj cemetery after a SABA delegation laid wreaths at the Tomb of the People’s Heroes.

Habulin said that by marking the Day of Victory over Fascism they were remembering all who had given their lives so that Croatia could be an independent and free European country.

Speaking of the significance of 9 May 1945, when the forces of Nazi Germany laid down their arms after signing an unconditional surrender, which marked the end of World War II, Habulin said that today’s Europe would not exist without the joint struggle of European countries on the side of the antifascist coalition, recalling that today was also Europe Day.

He added that in the past 30 years there had unfortunately existed in Croatia “open pro-Ustasha right-wing political tendencies”, which distorted historical facts.

Asked to comment on the passivity of the government and the parliament in commemorating today’s anniversary, Habulin said that those institutions should do much more than just pay lip service to antifascism.

Wreaths and flowers were laid at the Tomb of the People’s Heroes also by President Zoran Milanovic’s envoy Melita Mulic, delegations of the Social Democratic Party (SDP) and the Social Democrats of Croatia, and of the embassies of France, Azerbaijan and Kazakhstan, while the SABA delegation also laid a wreath at the city’s Dotrscina memorial park.