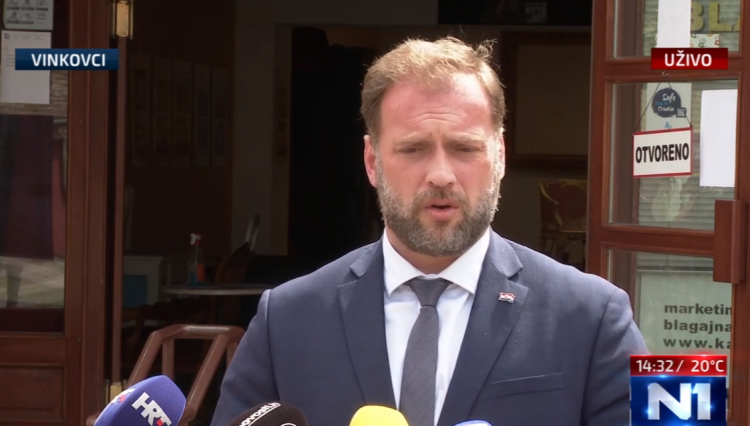 The Croatian army's Motorised Company was seen off at a barracks in Gospic on Monday, leaving for the NATO-led Operation KFOR in Kosovo as part of the 35th Croatian contingent there, the Defence Ministry said in a press release carried by state agency Hina.

The Croatian company will be deployed in Kosovo for a six months tour. It has 99 members, including nine women, and will operate as part of a multinational battalion, led by Italy, together with the troops of Austria, Italy and Slovenia.

Defence Minister Mario Banozic said he was proud that a declared infantry company was being sent to KFOR for the first time, adding that Croatia, “as a credible NATO member, was thus directly contributing to stability and peace in Southeast Europe.”

“Since we are talking about our immediate environment, our responsibility is bigger and requires of us active engagement and inclusion in the processes under way there. We all know well that there has been a change in the security paradigm and security perception in the whole world, and we are aware that security is not defended only on Croatia’s borders but also there where a threat arises,” Banozic said.

Banozic said he was confident that “with their knowledge and capabilities, the Croatian troops would contribute greatly to the creation of a stable and safe environment.”

“Investing in knowledge and security is investing in stability, prosperity and the well-being of every member and of our country. NATO’s Operation KFOR is an ideal opportunity to strengthen security, because by participating in the international environment and working with the best, we can become faster, better and readier for responding to all threats put before us,” Banozic said.

The military Chief-Of-Staff, Admiral Robert Hranj, told the Croatian troops leaving for Kosovo that the Croatian army’s engagement in KFOR showed that it was willing to share the burden and responsibility, contributing to the building of a safer and more stable world, “motivated by the experience gained in the 1991-95 Homeland War.”

“Our national security neither begins nor ends on the state border but is susceptible to geographically distant processes. That’s one of the reasons for the stronger involvement in Operation KFOR, whereby we wish to help to build a safer world for all those living in Kosovo, the region and, indirectly, for us. Our soldiers will perform a wide spectrum of tasks, the company is excellently trained and ready to take its role in KFOR,” said Hranj.