Croatian President: I congratulate Vucic and Orban despite democracy flaws 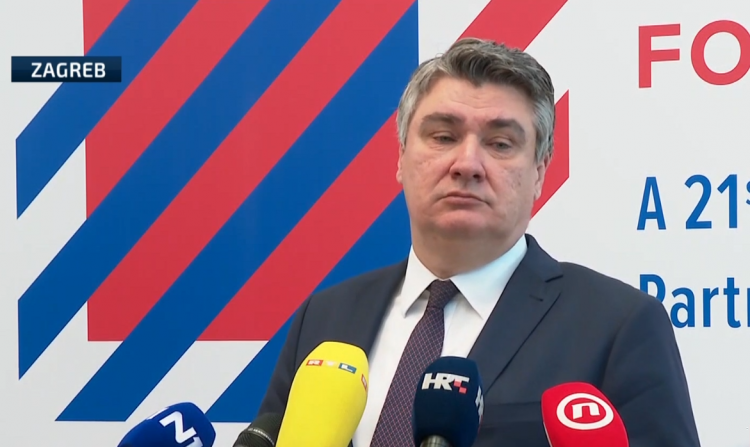 Croatian President Zoran Milanovic on Monday congratulated the election winners in Serbia and Hungary "despite deformations of democracy."

“That’s the choice of their voters,” he said.

Milanovic said that, in relations with other countries, one should not “lecture” anyone on internal matters such as “what kind of school classes there will be in Warsaw and Budapest, or what they will teach their children.”

“That’s their business, that’s their right. We will break the EU up if we start acting like cosmopolitan moralists,” he said.

Milanovic said that the current situation was an opportunity for Serbia to finally take a side and decide if it belongs in the West.

“Serbia must decide where its place is. Serbia is a member of Partnership for Peace, not of the Warsaw Pact,” he said, adding that Serbia held military exercises with the West and obtained military assistance from it while claims about its big friendship with Russia are “a collective delusion.”

“Ukraine is not quite democratic either”

In his opening address at the Croatia-US Forum, taking place in Zagreb on Monday and Tuesday on the occasion of the 30th anniversary of the two countries’ diplomatic relations, Milanovic said that liberal democracies never go to war against one another.

The experience shows that truly liberal-democratic countries never go to war against one another, because they have predictable, boring, and limiting decision-making systems, Milanovic said.

Asked later about that statement in the context of the Ukraine war, Milanovic said that “neither country (Ukraine and Russia) is quite democratic.”

“Ukraine isn’t quite democratic either. It did not start negotiations with the European Union to have some kind of status,” Milanovic said, adding that Ukraine “could not be compared with Croatia and other EU countries.”