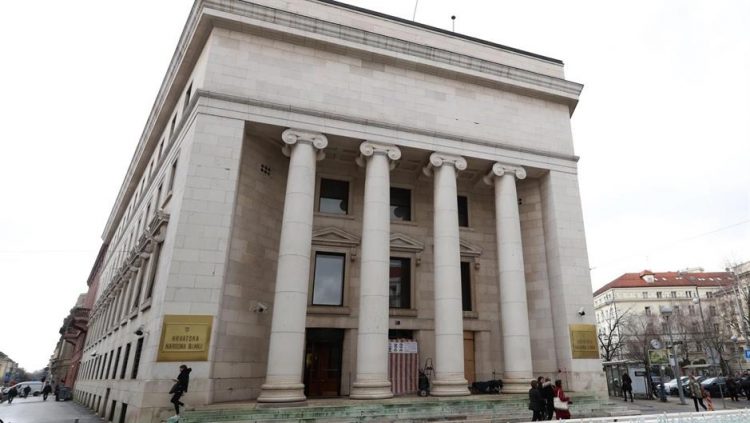 The Croatian National Bank (HNB) has revised its economic growth projection for this year to 5.9% from 4.9% in December thanks to expectations of a stronger domestic demand recovery, the HNB said on Monday.

Expectations of foreign demand growth are somewhat milder due to the deterioration of the COVID-19 situation in most European countries and relatively slow vaccination.

The projection of real GDP growth is accompanied by pronounced negative risks, primarily the presumption of a relatively successful tourist season and a significant increase in foreign tourists’ revenue in comparison with 2020.

The HNB therefore projected an alternative, pessimistic scenario as well which foresees a markedly more unfavourable COVID-19 situation in Croatia and the world as well as a longer enforcement of COVID-19 restrictions. In this scenario, with negative effects on personal consumption, investment, and tourism revenue, this year real GDP could grow 2.8%.

Labour market recovery is expected to be muted this year because the market’s negative response to the strong economic downturn last year was markedly less pronounced.

The average inflation rate could reach 1.7%.

In such a macroeconomic environment, the HNB will continue to strengthen the expansionary monetary policy while maintaining the stability of the kuna-euro exchange rate.

Maintaining a positive balance on the current and capital accounts despite a strong drop in foreign tourists’ revenue in comparison with 2019 will support the expansionary monetary policy and exchange rate stability.

Also today, the HNB Council discussed a report on the banking system in 2020, when credit institutions’ assets went up 7.3%, an increase financed with deposits by households, non-financial companies and domestic financial institutions.

Lending to state units increased the most, while the increase in lending to non-financial institutions was mainly a result of first quarter growth, and the increase in household lending was solely based on an increase in subsidised housing loans.

However, the pandemic has increased the risk of the credit portfolio. The share of non-performing loans decreased to 5.4% from 5.5% at the end of 2019.

At the end of 2020, remaining moratoriums totalled HRK 24.5 billion, or 6.3% of all loans and advances. Of that amount, households accounted for HRK 3.3 billion, non-financial companies for HRK 11.5 billion and other sectors for HRK 9.7 billion. Compared with the end of September 2020, moratoriums decreased by HRK 11.2 billion (31.5%).

Almost all remaining moratoriums approved for non-financial companies and households are due by the end of June and those for other sectors by the end of September.

Credit risk costs and lower operating revenues have more than halved the bank system’s profits and significantly reduced its profitability in relation to 2019. The system’s liquidity has increased thanks to measures to maintain it and its capitalisation has been strengthened.