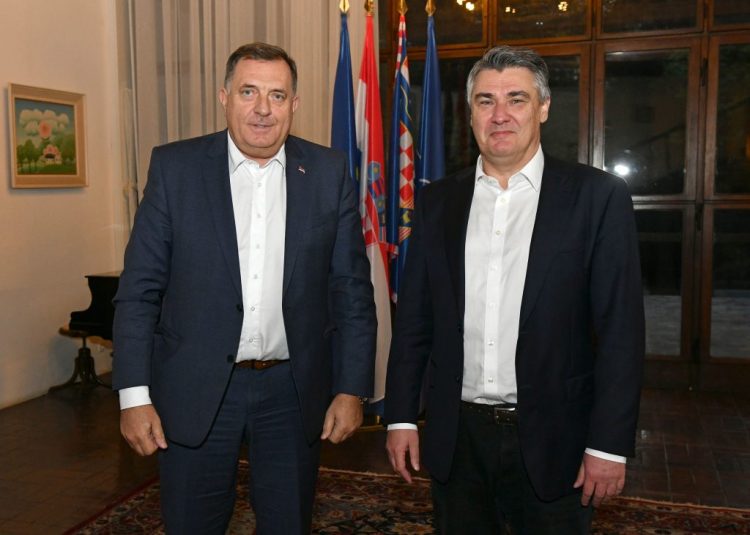 Croatian President Zoran Milanovic met on Tuesday with Milorad Dodik in Zagreb, described in Milanovic's press release as the "representative of the Serb people in Bosnia and Herzegovina," state agency Hina said, carrying the press release.

“The meeting with the Serb member of the tripartite BiH Presidency was part of Milanovic’s activities that are aimed at achieving stability and functioning of Bosnia as well as the legitimate representation of all three constituent peoples in line with the Dayton peace agreement,” the press release said, without clarifying any further.