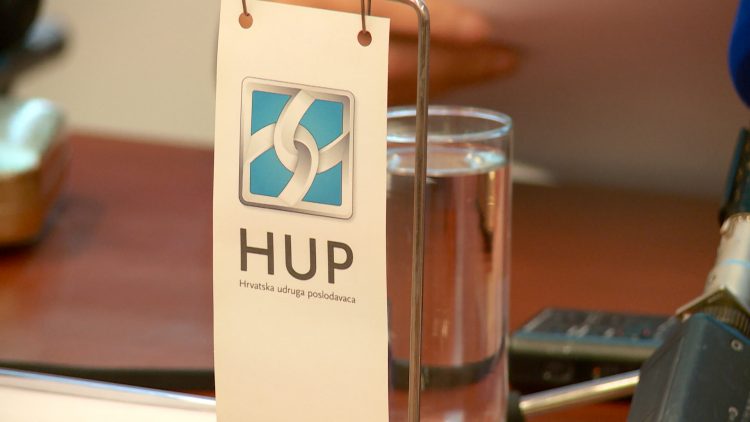 It is necessary to significantly reduce the total cost of labour, including by increasing non-taxable income to HRK 5,000 and reducing pension and health insurance contributions by 2.0 and 1.5 percentage points respectively, the Croatian Employers' Association (HUP) said on Tuesday.

HUP held a press conference to present its proposal for the reform of the Croatian taxation system and an initiative to reform the contributions system. The two proposals were prepared by the HUP task force on tax reform which included a large number of members of almost all sectoral associations.

HUP said that the significant burden on labour costs limits the employers in attracting and retaining workers. Croatia has one of the largest burdens among transition countries in the EU for highly-skilled workers.

HUP chief economist Iva Tomic said that the Croatian labour market is faced with a shortage of workers as a consequence of increased pressure for employment abroad not just in reference to emigration but also to remote job opportunities.

Hence in an effort to attract a quality labour force, it is important to provide competitive earnings, at least in comparison to neighbouring countries, and in the long term in relation to developed EU countries, said Tomic.

With reference to taxation, HUP also proposed increasing the non-taxable income to HRK 5,000,  reducing the lower income tax rate from 20 to 15 per cent and retaining the higher rate of 30 per cent while increasing the threshold for its application from the present HRK 30,000 to HRK 50,000.

Tomic noted that these were short-term proposals to increase the net income which should be adopted fairly quickly. In the medium term, an even more significant decrease should occur through a comprehensive reform of the system so that it becomes efficient.

She said that a lot of spending in these systems is unjustified and if the system were to be put in order then it would not be necessary to burden labour so much. On the other hand, she believes that in the medium term contributions to the second pension pillar should be increased.

Tomic said that contributions at almost all levels account for one-third of total labour costs and without reforming that sphere significant wage reliefs could not be expected.

For example, when it comes to the minimum gross wage of HRK 5,461, income taxes are not paid on that amount, but employers have to allocate HRK 1,711 or 31% of total costs towards contributions, while the employee receives a net income of HRK 3,750.

Reforms and increased employment can compensate for budget revenue

HUP is aware that its recommendations would in the short term lead to a reduced budget revenue, but it believes that this can be compensated for with the health and pension reforms.

HUP said that reforms on the expenditure side would reduce the need for revenue. This requires the reform and rationalisation of local government, considering that a significant number of local government units are not financially self-sufficient, and the reform of public administration, the education system and labour legislation.

On the other hand, the budget revenue can be increased by increasing employment and the number of insurance policy holders, while increased income means greater spending, which would have a positive effect on VAT income.

HUP Director-General Damir Zoric underscored that the aim is for Croatia to become a more competitive country with a high level of employment and better net earnings for citizens, which would contribute to demographics.

He warned that while Croatia had a 10% decline in population the number of people employed in the public sector increased by about 100,000.

HUP President Mihael Furjan said that there have never been more opportunities for digitisation and remote work on the global scene.

Investors are focusing on the availability of talent and the taxation system, and these are the two main criteria for any country to be successful, Furjan noted.