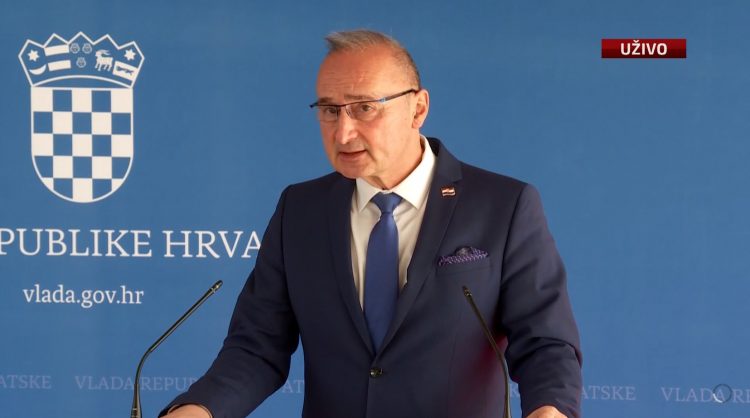 "Zagreb is a sincere advocate of Bosnia and Herzegovina's aspirations to join Euro-Atlantic institutions, and Croatia is willing to help its neighbor on this European journey," Croatia's Foreign Minister, Gordan Grlic-Radman, said in Sarajevo on Wednesday where he started his three-day visit to Bosnia and Herzegovina.

After these meetings, Grlic-Radman told reporters that Croatia “strongly supports the territorial integrity of Bosnia and Herzegovina, and the equality of the three constituent peoples,” and wished that “all citizens can feel well in that country.”

He described Cardinal Puljic as an “important interlocutor” who “always promoted reconciliation an built bridges towards all the peoples.”

Grlic-Radman pledged Croatia’s support for efforts to improve the negative demographic trends in Bosnia, notably in the communities populated by Bosnian Croats.

He said that Grand Mufti Kavazovic had informed him of his good cooperation with Cardinal Puljic.

“Their mutual respect is a very good sign and signal,” Grlic-Radman said, adding that cooperation between the leaders of the local religious communities is “the best way to eliminate lack of trust and to reinforce the bonds between the peoples.”

Later on Wednesday Grlic-Radman will meet with his Bosnian counterpart, Bisera Turkovic, and the international community’s High Representative in Bosnia, Valentin Inzko. On Thursday he will meet the top officials of Bosnian government and Parliament.