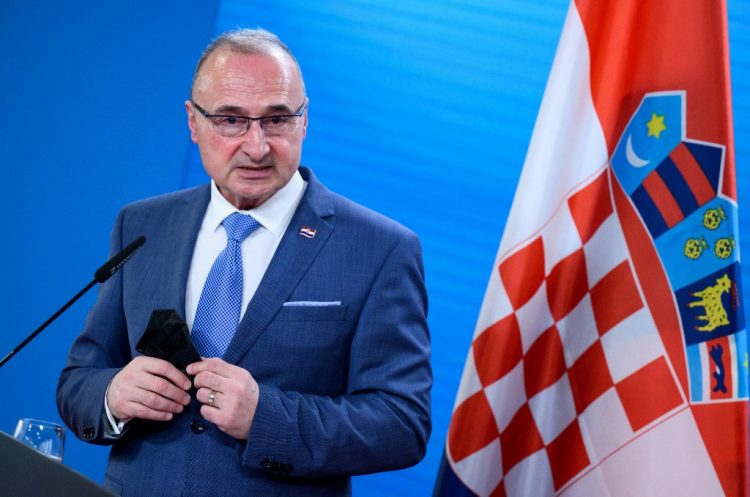 The changes introduced by the High Representative in Bosnia and Herzegovina on election day were "expected" and confirm that the Dayton-Paris Agreement is international law, Croatia's Minister of Foreign and European Affairs Gordan Grlic-Radman said on Monday.

Grlic-Radman was speaking to reporters at the premiere of a promotional video for the “We Are NATO” campaign at the Faculty of Political Sciences in Zagreb.

“I can only say that this decision was expected since opportunities for agreement between political leaders, primarily Bosniak and Croat, were unsuccessful,” Grlic-Radman said commenting on a decision by High Representative Christian Schmidt to amend the election law.

On Sunday, Schmidt used his powers and imposed unannounced amendments to the electoral law concerning the structure and functioning of the House of Peoples of the Federation of Bosnia and Herzegovina and the decision-making process. The amendments will benefit the Croats in that country.

Grlic-Radman said that the Croat leaders were ready for an agreement, but that did not materialise, and the High Representative decided to protect the Dayton-Paris agreement.

“This confirms that that agreement is international law and that the equality of the three constituent peoples and other citizens has to be respected in order to ensure the institutional stability, security and prosperity of Bosnia and Herzegovina,” Grlic-Radman said.

Schmidt’s amendments are “the first step,” he added.

The importance of NATO

The NATO Public Diplomacy Service launched the “We are NATO” promotional campaign in 2017. In a short video presented on Monday, messages were sent about the “security, freedom, equality and opportunities for future generations” that this alliance brings.

Grlic-Radman said that “it is important to raise awareness of why Croatia is a member of the alliance” and what it means “in these critical moments when we are protecting European and transatlantic security at the borders that are threatened by the Russian aggression against Ukraine, which is unprecedented in the 21st century.”