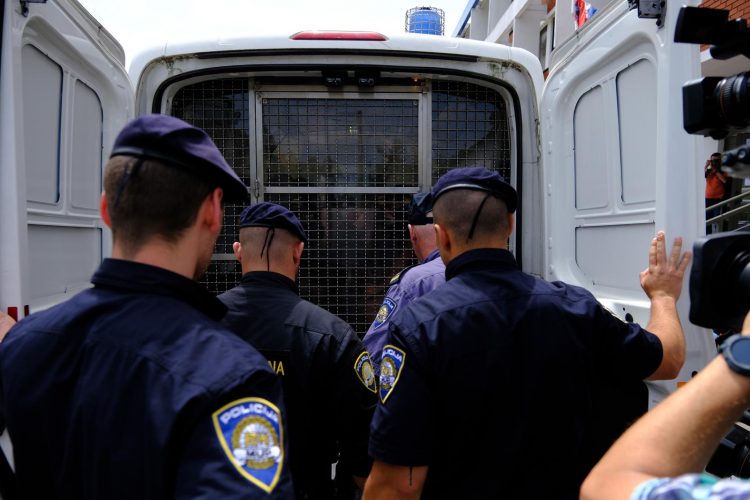 Forty two fans of the Split-based Hajduk football club will remain in a month-long investigative custody, the court in the town of Velika Gorica, near Zagreb, ruled on Monday, on suspicion that they had caused incidents at the Desinec rest area of the Zagreb-Split motorway on Saturday evening.

Some of the lawyers of the suspects told the press that their clients denied any involvement in the clash between the rioting fans and the police that were escorting them after the Dinamo-Hajduk match in Zagreb.

During the incident in which hundreds of fans were throwing stones, bottles, waste bins, fire extinguishers and torches at the police, 20 law-enforcement officers and 14 suspects sustained injuries.

Four of the fans got gunshot wounds after some of the police fired what they said were warning shots to deter the unruly supporters.

After the Saturday’s clash between fans of the Split-based football club Hajduk and the police, 44 Hajduk fans were placed under arrest, and the prosecution is charging them with causing riots, which is punishable with six months to five years in prison.