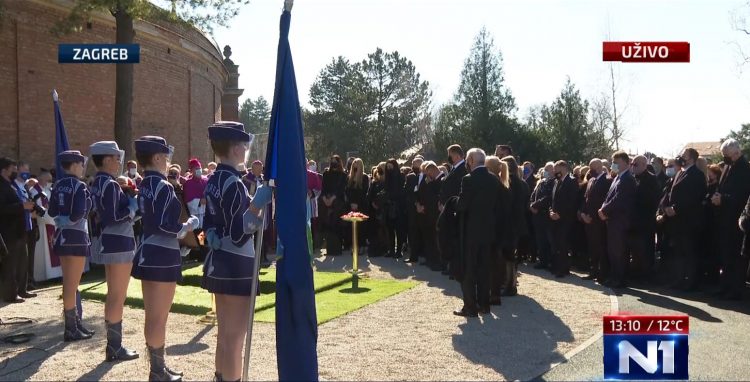 Funeral attended by government and city officials was held on Wednesday for the long-serving Mayor of Zagreb, Milan Bandic, who had died on Sunday from a heart attack, aged 65.

Addressing the funeral ceremony at Mirogoj Cemetery, Acting Mayor Jelena Pavicic-Vukicevic described Bandic as a “person with so much vital energy and love for all, a person who did so much for this city, becoming part of its identity and dreaming big dreams about its future. He was unique and inimitable.”

She said that Bandic had left an indelible mark on the present and future of Zagreb.

She will run the city until local elections in May. She has said she will not run for Mayor in the election.

The mayors of Skopje, Ljubljana, Belgrade, Sarajevo, and Split also arrived to bid farewell to the late mayor. They signed a book of condolence in City Hall.