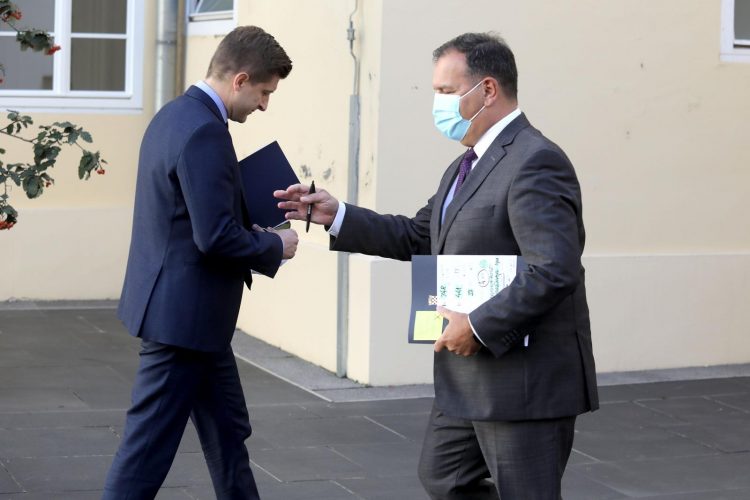 Health Minister Vili Beros said on Wednesday that the government and representatives of drug wholesalers had reached agreement on a debt settlement scheme.

The issue of the debt made the wholesalers restrict and defer the deliveries of medicines to hospitals in late March.

“Today’s meeting is one more step towards the debt settlement,” Minister Beros said adding that only together the two sides could solve this decades-long issue which became exacerbated during the COVID-19 pandemic.

Finance Minister Zdravko Maric outlined the elements of the scheme.

“In the next three months, we will transfer some funds to the Croatian Agency for Health Insurance (HZZO) and the Health Ministry, so as to enable the cash flow in those institutions and enable them to pay liabilities towards wholesalers and providers, Maric said, adding that those funds would be ensured through the redirection and reallocation of outlays in the state budget.

In June alone, 135 million kuna will be directed to pharmacies and 760 million kuna to hospitals, with the plan to respect the deferment periods in the remainder of the year.

Maric said he hopes this scheme will remove any need for new meetings with wholesalers regarding the debt.

He also said he expects reform efforts in preventing any  further accumulation of liabilities and in this context he mentioned the plan to cut the deferment period to 60 days.

The wholesalers’ representative Diana Percac thanked the ministers for efforts to provide funds to cover the debt, pledging the continuation of the delivery of drugs to pharmacies until the end of this year.