Grlic-Radman: Everyone ‘can be happy’ with Peljesac Bridge, including Bosnia 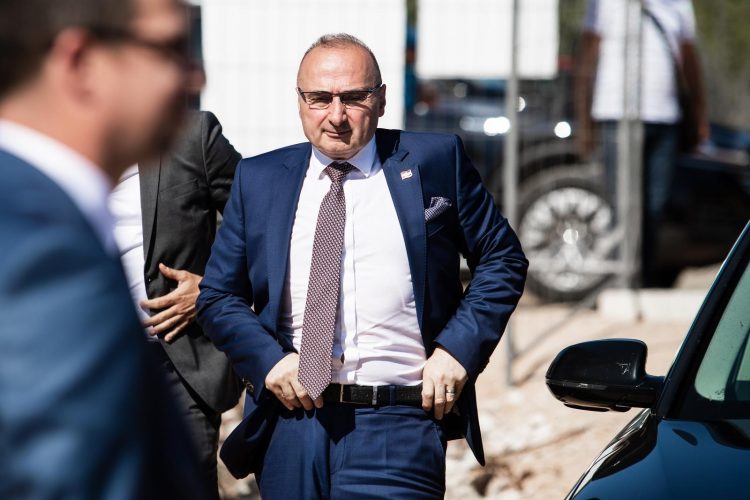 Croatia's Foreign and European Affairs Minister, Gordan Grlic-Radman, said on Thursday that "everyone can be happy" about the Peljesac Bridge, including Bosnia and Herzegovina.

“Everyone can be happy, including neighboring countries and Bosnia and Herzegovina. The bridge has its standards, innocent passage for all ships,” Grlic-Radman told reporters on Thursday.

He added that the Peljesac Bridge is a “grandiose and major project in the spirit of modern sovereignty and a strategic national interest.”

Grlic-Radman could not attend the bridge completion ceremony on Wednesday night because he was on an official visit to Israel.

In Israel, he met with Foreign Minister and Alternative Prime Minister Yair Lapid, President Isaac Herzog, and Knesset Speaker Mickey Levy, among others.

“This visit confirmed partnership with Israel’s new government. I agreed with Minister Lapid to establish a formal strategic partnership at the level of the two governments as soon as possible,” Grlic-Radman told reporters.

He said that Croatia was working with Israel in preparations for Croatia’s chairmanship of the International Holocaust Remembrance Alliance in 2023. “That will make it possible for Croatia to show that it is a leading country in combating antisemitism, Holocaust denial and distortion, and in preventing all forms of intolerance and hate speech,” Grlic-Radman said.