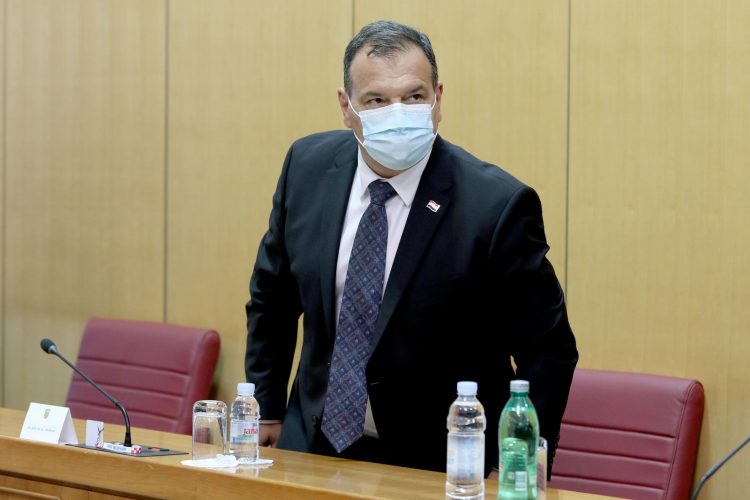 The no-confidence vote on Health Minister, Vili Beros, launched by opposition MPs, was defeated as expected on Wednesday in Parliament, with 75 MPs voting against the motion versus 57 in favour, in the 151-seat assembly.

The motion to launch the vote was signed by 41 opposition MPs who had accused Beros of amassing debts in the health care system, and for the Covid-19 vaccination rollout plan, which the opposition described as “non-transparent,” state agency Hina reported. They also accused Beros of evading public procurement  procedures and blamed him for embezzling public funds during the Covid-19 pandemic.

Hina did not clarify what these accusations referred to.

MPs of the ruling Croatian Democratic Union (HDZ) labeled the accusations as “petty politicking and populism” and “untrue.”

Prime Minister, Andrej Plenkovic, on Tuesday addressed the Parliament during a debate on the motion, and refuted the allegations.

“We dismiss your motion in its entirety. Beros will remain minister and the reform (of the healthcare system) will be done,” Plenkovic said.