Minister: We want Rijeka to become the strongest port in this part of Adriatic 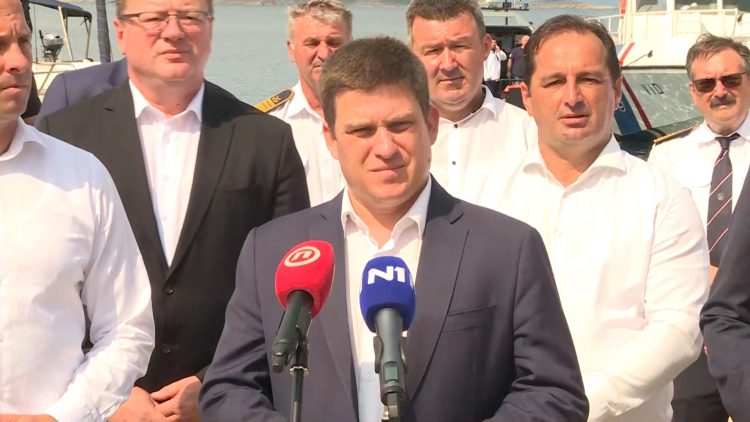 Transport Minister Oleg Butkovic said on Monday that Rijeka would be one of the cities that could boast the good road and rail infrastructure and that efforts were being invested in making Rijeka the strongest port in this part of the Adriatic.

After meeting with Rijeka Mayor Marko Filipovic, Minister Butkovic said that the meeting was constructive and that large-scale projects in Rijeka and in the Primorje-Gorski Kotar County were progressing well.

He announced a tender for a double-track railway line running through Rijeka, a €330 million project, which would be advertised in 2022.

“That project will complete the D 404 road, which connects the eastern part of Rijeka port with the city ring road and D 403. It then connects the Zagrebacka Obala container terminal with the ring road and future road from the Zagrebacka Obala terminal to Zabice. It will close the ring road around Rijeka as far as road infrastructure is concerned and Rijeka will be one of the few cities to have resolved its road and rail infrastructure, that is, all of its problems,” he underscored.

The officials discussed the construction of the new bus station in Rijeka and Butkovic said that the funds for that purpose had been ensured.

The minister and the mayor also discussed the construction of several road junctions, roundabouts, and how preparations and financing for the projects were going on.

Butkovic informed that currently about HRK 25 billion was being invested in transport infrastructure throughout Croatia.