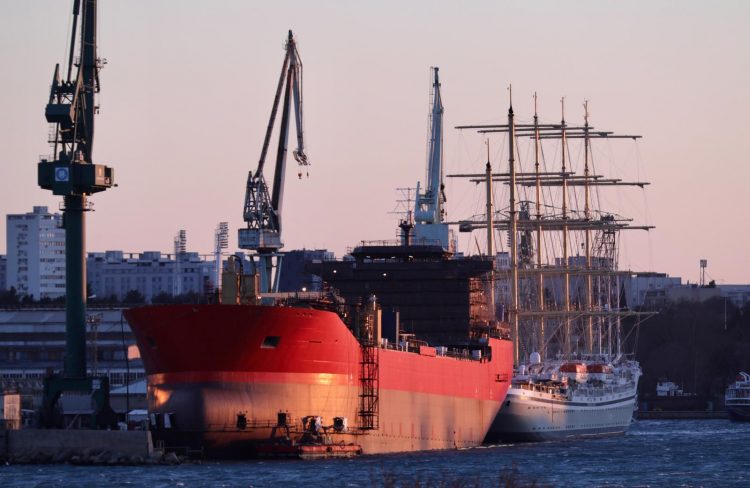 The Commercial Court in Split has received 27 motions to open bankruptcy proceedings in companies affiliated with Brodosplit shipyard, the court told state agency Hina on Monday.

Two motions have been dismissed as there is no presumption of bankruptcy reasons, the court said.

The court’s president Franka Buzov said proceedings had been launched for 23 companies to establish conditions for opening bankruptcy proceedings, with 12 hearings held and four adjourned for 45 days, while for eight companies insurance measures had been set and temporary receivers appointed.

Hearings have been scheduled for 6 April for 11 companies to discuss motions to open bankruptcy proceedings, while hearings for the remaining two companies will be scheduled soon, she said.

Hina learned that opening bankruptcy proceedings was moved by the Financial Agency (Fina) after  it established that they have debts due over 120 days.

Brodosplit told Hina that some of its companies owed the state HRK 30 million in taxes and contributions. The shipyard proposed a settlement, to offset the debt with its claim from the state for an unjustified enforcement of concession fees in the period prior to the takeover.

Brodosplit said that under the restructuring plan, it was not obliged to pay its old debts and that when the sales contract was signed, the state confirmed in writing that there were no debts. The state nonetheless enforced HRK 24 million and over HRK 30 million in interest, it added.

Last Friday, 272 Brodosplit workers were at work, mainly in the design department. Today 515 were at work on jobs for which financing has been secured – four patrol boats, one zero-emission sailing vessel, and an unfinished chemical tanker brought from the Brodotrogir shipyard which Brodosplit is finishing for a foreign client.

On  1 April, 1,500 workers were furloughed due to problems in the financing of the completion of two vessels and the Russian VTB bank blockade of a €60 million loan.