New mayor of Split and his deputies take office 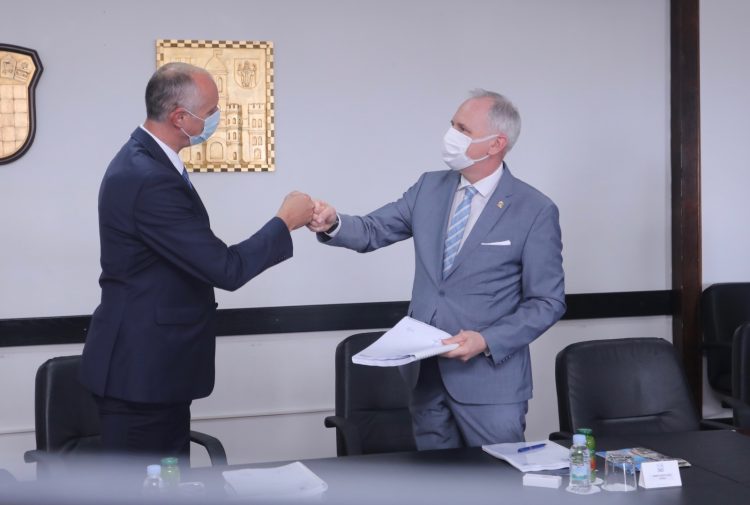 The new Mayor of Split, Ivica Puljak, and his deputies, Bojan Ivosevic and Antonio Kuzmanic, took office on Monday.

Upon arriving at the City Hall, they met with outgoing mayor Andro Krstulovic-Opara and his deputies Nino Vela and Jelena Hrgovic, after which the transfer of powers took place.

Puljak then addressed employees of the city government, saying that he and his associates believed that a period of new optimism and hope was beginning and that the city would see big changes for the better.

Puljak said that they wanted to build a partnership with them, a relationship of trust, openness and tolerance, optimism and hope, as well as responsibility and activity.

“I intend to serve two terms as mayor. We will use the first term to modernise the city and local companies while in the second term we will implement major projects such as Kopilica. We will bring to an end the 19th and 20th century and lead the city into the 21st century because it has long been here but we have not been living it fully,” said Puljak.

He said that he and his associates had big ambitions, noting that mistakes were possible but that they would not be intentional.

Puljak said that he and his associates had come to serve Split’s residents and guests and to make Split the city with the best quality of life in Croatia, a city which people would not want to leave but would return to, to live and create there.

The new mayor said that he had talked to the heads of city departments today and that he intended to meet other employees by the end of the month.

Krstulovic Opara said that he was leaving 57 million kuna in the city’s coffers.

Asked if he expected “skeletons in the closet”, Puljak said that he did not, but added that he would like to hold a meeting with Prime Minister Andrej Plenkovic as soon as possible.