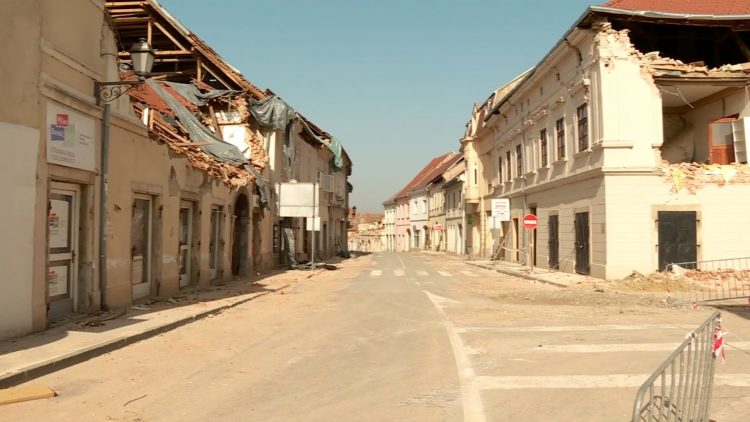 The severe earthquake that struck Sisak-Moslavina County on 29 December 2020 destroyed the building housing the Petrinja Municipal Library and Reading Room, but it has now reopened in a housing container making it possible for local residents to enjoy books again.

“We think we have succeeded because, as I said in our requests for help, a city without books is not a city,” the director of the City Library, Ante Mrgan, said earlier this week on the occasion of opening the first container library in Croatia.

Several days after the devastating earthquake, Mrgan and his colleagues started rescuing the books and equipment. They would enter the library’s storage space wearing protective helmets and sort the library stock, with each new tremor posing an even greater danger.

“At that time, when I entered the library building, it hadn’t yet been classified as ‘red’. The earthquakes were happening all the time and it was impossible to know when stronger ones would occur,” the director recalled.

After a quick inspection, the building was declared unusable and each new tremor caused more damage. The last one occurred a few days ago and new consequences can already be seen. For now, there is no concrete information about the damage because the building is managed by the Petrinja Open University. However, the preparation of the documentation is underway, and we will see what the profession will say, Mrgan said.

The building is located on sandy and soft ground. During the construction in the 1940s, pillars of an old Turkish fortress were found. The basement is very humid, and the building had cracked in some parts even before the earthquake due to heavy traffic, requiring repairs even then, the director noted.

He added that he would like the building to be torn down and a new and safer one built for all the cultural needs of the people of Petrinja.

Today, the library and its stock is housed in a total of 11 containers, and there is a playroom for children in one of them.