PM: EP’s call for suspension of accession talks with Serbia is logical 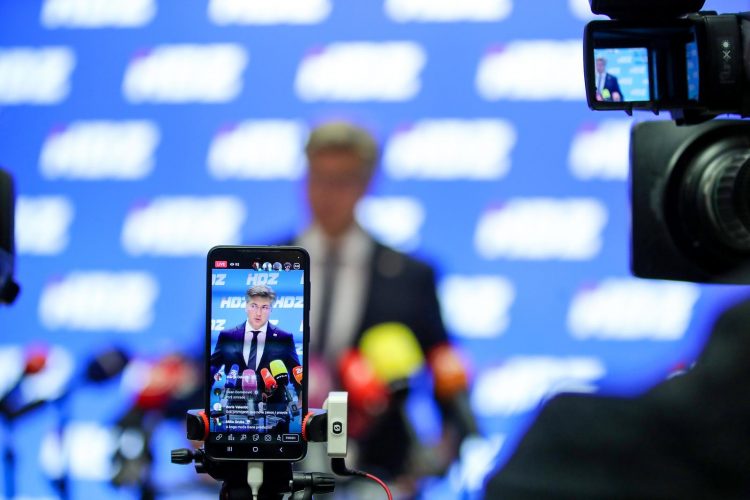 Croatian Prime Minister Andrej Plenkovic said on Thursday it was logical that the European Parliament had called for the suspension of accession talks with Serbia until the country imposed sanctions on Russia, reiterating that in the present circumstances "one cannot sit in two chairs at the same time".

Radio Free Europe said on Wednesday it had seen a European Parliament document that would ask the European Commission to suspend accession talks with Serbia until it imposed sanctions on Russia.

The European Parliament’s Foreign Affairs Committee is expected to discuss the document in mid-October and a vote is expected in November.

Plenkovic, speaking in Zagreb at a joint press conference with European Commissioner for Cohesion and Reforms Elisa Ferreira, said that the European Parliament had launched “a logical initiative”.

“In this global crisis, in which good clearly differs from evil, one cannot sit in two chairs at the same time,” the Croatian PM said.

“One cannot aspire to join the EU and share its values while not supporting the package of sanctions” against Russia over its invasion of Ukraine, in the circumstances of “fake, orchestrated” referendums and the planned annexation of Ukrainian territories, he said.

Serbia, along with Belarus, the supporter of Russia’s aggression against Ukraine, remains the only European country that has not imposed sanctions on Russia, even after Moscow’s traditional allies, such as Kazakhstan, have done so.

In New York last Friday, Serbian Foreign Minister Nikola Selakovic and his Russian counterpart Sergey Lavrov signed an agreement on consultations on foreign policy issues, after Russian President Vladimir Putin announced the mobilisation of Russian citizens for the war in Ukraine and referendums on the annexation of Russian-occupied parts of Ukraine began.