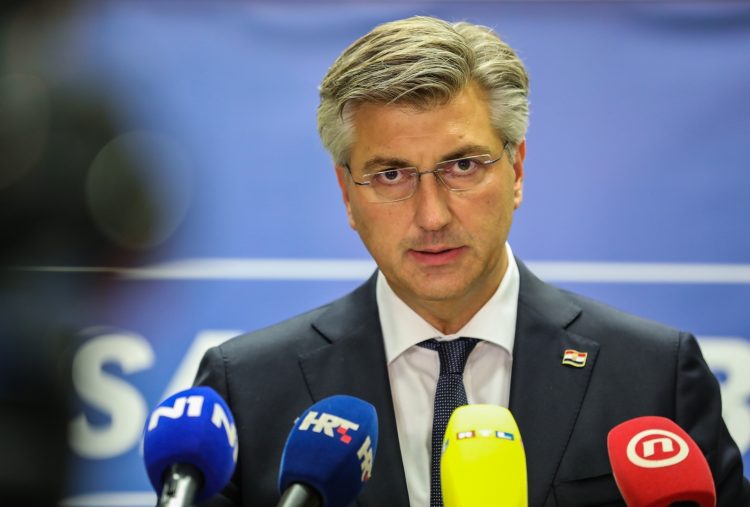 PM Andrej Plenkovic said on Friday "that he still had not received a report regarding a video showing the forcible expulsion of migrants from Croatia, noting that he condemned violence against migrants and that the situation was disgraceful because migrants in the video did not threaten anyone," state agency Hina said.

RTL television on Wednesday showed videos of men wearing ski masks pushing back migrants from Croatia across a backwater of the Korana river, hitting them with batons such as those used by Croatian riot police. Some of the men also wore vests like those of riot police.

RTL said the footage was from June and that it was taken during an eight-month journalistic investigation in which an RTL crew took part with colleagues from Lighthouse Reports, an investigative journalistic network based in the Netherlands, from the Swiss SRF Rundschau, the German ARD, ARD Monitor, the French Liberation, the Dutch Pointer, the Croatian Novosti, and the German Der Spiegel.

Addressing reporters after attending a parliament session marking the parliament’s day, Plenkovic recalled that he had instructed Minister of the Interior Davor Bozinovic to investigate the matter.

“We condemn violence, especially violence against migrants who, as shown by the recording… did not pose any threat. That is shameful and very bad,” he said.

He added that it was still not known who the perpetrators were but that it would be established very soon.

“If involvement by anyone in the state system is established, they will answer for it,” he said.

Asked if he feared sanctions from the European Commission, he said that he did not “but of course, nobody is glad about this, neither the government nor the EC.”

“We must establish what happened and that must not be tolerated. Appreciating the work of Croatian police, 6,500 of them who have protected the green border for years, is a different matter. Croatia will not and does not want to put up a wire fence on the border with Bosnia and Herzegovina, not because of illegal migrations but because of relations with Croats, Bosniaks and Serbs,” he said.

The issue of illegal migrations is serious, he said, adding that migrants did not want to go to Zagreb but to Germany, France, Austria and Denmark.

“Croatia is the one defending also the EU’s external border and Croatian police have been doing it selflessly,” he said, confirming that Bozinovic enjoys his trust and that the topic shown in the latest videos was prepared for a long time and in more than one country.