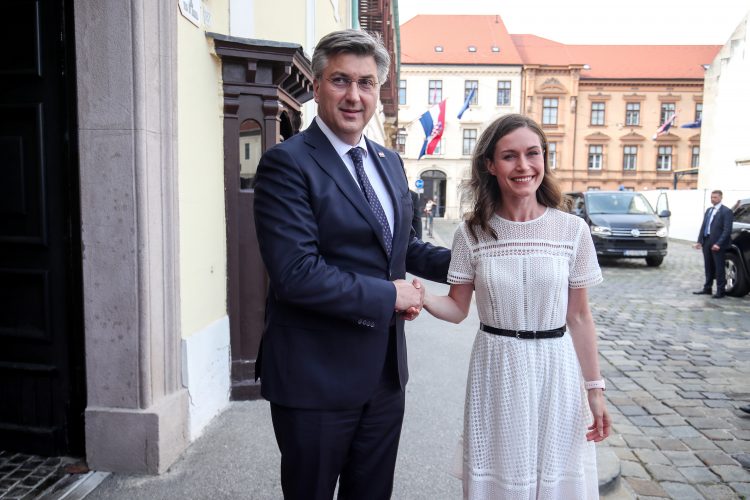 Croatian PM, Andrej Plenkovic, met with Finland's PM, Sanna Marin, on Tuesday in Zagreb. In the meeting, Plenkovic confirmed Croatia's support for Finland's and Sweden's NATO membership plans, adding that this "has been the government's and parliamentary majority's firm and clear position" all along.

“The position of the Croatian government and parliamentary majority has been continually clear and firm – we support Finland’s ambition and believe that, if that is what our EU partner wants, its choice should be respected and supported,” Plenkovic said at a news conference he held with Marin.

“We believe that at this moment NATO membership is the security umbrella both Finland and Sweden want,” he added.

Finland and Sweden have applied for NATO membership in response to the Russian invasion of Ukraine, which started on 24 February, but their decision has been met with opposition from Turkey which says that Helsinki and Stockholm support Kurdish militants and have imposed an arms embargo on Turkey.

Unlike the government, Croatian President, Zoran Milanovic, has been insisting for some time that Croatia’s approval of Finland and Sweden’s NATO membership should be made conditional on the US using pressure to reform election law in neighboring Bosnia to the benefit of Bosnian Croats.

His idea has been largely ignored by NATO and US officials.

“There is no closer relationship than membership in the same defence alliance and readiness to defend one another unconditionally,” Marin said. She added that she believed that NATO would send a strong message of unity at a summit in Madrid next week, stressing that Finland and Sweden would make NATO stronger.