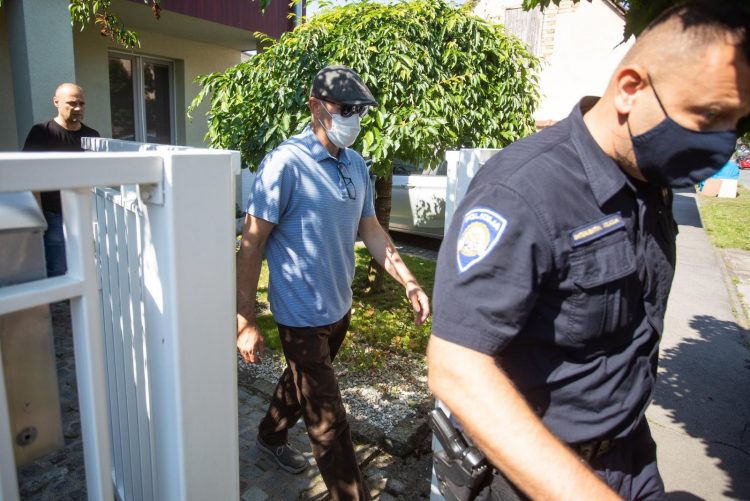 According to the first reports, along with judges Darko Kruslin, Zvonko Vekic, and Ante Kvesic, police have also arrested Osijek businessman Drago Tadic.

The State Judicial Council (DSV) previously launched disciplinary proceedings against Kruslin and Vekic, following a request to that effect by the Osijek County Court, for socialising with Mamic, who had fled to neighboring Bosnia and Herzegovina in 2018 only a day before an Osijek court verdict in which he was found guilty for illegally siphoning 116 million kuna from Dinamo and was sentences to six and a half years in prison.

The judges were suspended in late March pending the completion of disciplinary proceedings and the DSV at the time also rejected a motion by Mamic’s defence to be a party to the proceedings.

In October, Mamic – who lives in Bosnia as a free man – sent Croatian corruption investigators a USB stick with evidence incriminating the Osijek judges. On 16 March this year, after the Supreme Court upheld the trial court sentence against him of six and a half years in prison, Mamic held a press conference in the southern Bosnian city of Mostar, accusing Supreme Court President, Djuro Sessa, and judges Vekic and Kruslin of corruption and bribe taking, and calling Osijek County Court president Zvonko Vrban “a criminal who will be dismissed sooner or later.”

Mamic claimed that Vekic had been extorting money from him, asking him to have him appointed Osijek County Court head, and that he had paid Vekic over €500,000, which he was to split with Kruslin and Kvesic.

Mamic said he had evidence to prove this. In his posts on social media, Mamic later called on the judges in question to step down, saying that it was time for “judicial reform”.