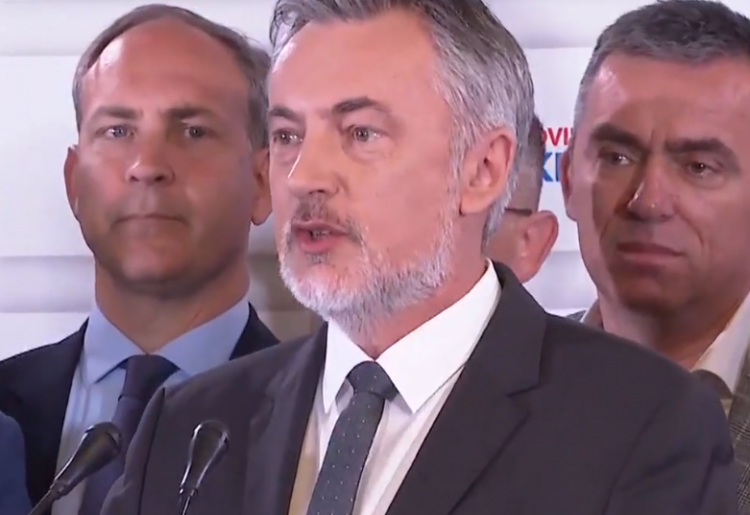 Leader of the right-wing DP party, singer-turned-politician Miroslav Skoro, on Sunday congratulated the Green-Left mayoral candidate Tomislav Tomasevic on his victory of the mayoral runoff, saying that Tomasevic would have a tough time as mayor.

Addressing the press in his campaign headquarters, Skoro said that his motto was that one had to fight even when it was obvious the struggle would be lost, describing himself and his team as Christian Democrats and conservatives ready for further struggles.

He thanked the 105,000 voters who cast their ballots for him in the runoff election and said that their trust was the reason for him to continue fighting “against some anomalies we have noticed”, promising that he and his team would continue “exposing the activities of certain civil society organisations and fight against corruption and clientelism.”

Skoro said that after both rounds of the local polls, the DP party won 400 seats in local councils across Croatia.

Ivan Penava, supported by the DP party, remained the mayor of the eastern town of Vukovar, and added that DP candidates won mayoral elections in Slatina and Zupanja in east Croatia.