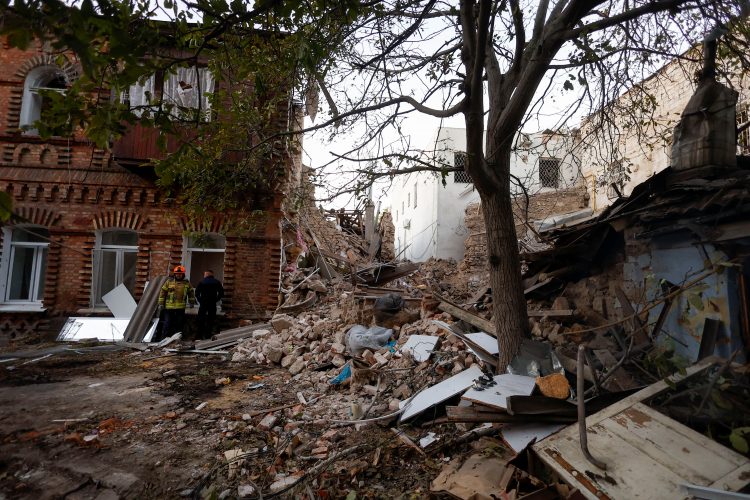 Russia has brought back concentration camps in the 21st century and wants to force millions more Ukrainians to flee, Andrii Yermak, head of the Ukrainian president's office, said in Zagreb on Wednesday.

He participated via video link in a meeting of Crimea Platform ombudspersons and representatives of human rights institutions which took place a day after the Platform’s first parliamentary summit.

Today, nine months into Russia’s total war against Ukraine, death camps are back in 21st century Europe, Yermak said, adding that such camps exist in Russia and occupied parts of Ukraine.

It’s hard to believe but it’s a fact, he said, adding that in those camps Ukrainians are brutally tortured and starved, have no access to medical treatment, and are sometimes killed.

He said the world knew about the Russian crimes thanks to images of mass graves in Bucha, but added that mass graves were being discovered in nearly every liberated Ukrainian city. By targeting key infrastructure, the Russians want to turn millions of Ukrainians into refugees and make them die in the cold and the dark, he added.

Unfortunately, we live in a time when diplomacy does not play a big role because Russia, as the aggressor, is showing that when you have nuclear weapons and a powerful army, you can impose your rules on the whole world, said Ukrainian human rights commissioner Dmytro Lubinets.

Because of that, he added, international humanitarian law is just a word on paper. However, he thanked the ombudspersons for participating in today’s meeting, showing solidarity with Ukraine, and making proposals for further joint action.

Russia is fighting against the democratic world, it all started with Crimea and will last until the flags there are changed back to blue and yellow, Lubinets said.

The democratic world must show that it has the strength to win, we must fight for human rights, and our role is key in that, he added.

Croatian human rights ombudsman Tena Simonović-Einwalter said the Russian aggression was spilling over to all other states, including through the energy crisis, the fear of a nuclear conflict, and the large number of refugees.

Since Croatians remember their war, the solidarity with Ukrainians “is no surprise,” she said, adding that Croatian citizens across the country are showing solidarity and care for Ukrainian refugees.

The meeting resulted in a declaration in which the ombudspersons committed to asking their countries’ legislatures to adopt laws and other acts for the protection of human rights and prevention of their violations, including of Ukrainians currently in their territories.