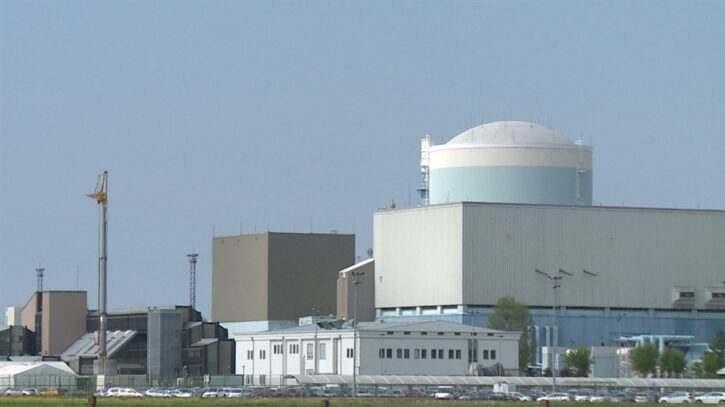 "About 40 percent of the electricity produced in Slovenia comes from the Krsko nuclear power plant, and the country strongly pushes for nuclear plants to be included among green energy sources," Croatian state agency Hina said on Tuesday.

“Nuclear energy is of key significance for energy independence. More and more European Union member states are aware of that fact,” Slovenian Energy Minister, Jernej Vrtovec, tweeted on Tuesday, commenting on an initiative by a group of EU countries to “recognise the status of green energy sources for nuclear plants” on the path to climate neutrality.

Slovenia and Croatia, who co-own the Krsko power plant, located in Slovenia near the two countries’ border, have signed the “initiative for a stronger EU turn towards nuclear energy” as an effective way to fight climate change and decarbonise the economy, along with eight other EU countries, Hina said.

Besides Croatia and Slovenia, the document was signed by Bulgaria, the Czech Republic, Finland, France, Hungary, Poland, Slovakia, Slovenia, and Romania.

In June, Slovenian government issued a permit for the construction of a second block at Krsko, which is “the beginning of a long process during which broad social consensus for the project will be sought in order to ensure energy independence and supply stability,” Hina said.

The second block should increase the output of Krsko, which was the only nuclear power plant built in the former Yugoslavia and which started operations in 1983.

Some neighboring countries – notably Austria – and some Slovenian environmentalist organizations oppose the project. Three environmentalist groups have lodged a lawsuit against Slovenia’s Environment Ministry for supporting “long-term orientation to nuclear energy” and for green-lighting the plan for expanding Krsko.

Last week, Vrtovec said “he was sorry” that such a move had “arbitrarily obstructed the government,” Hina said.

“Nuclear energy is very clean, and the right element of our energy independence,” Hina cited him as saying. He added that “proposals to renounce nuclear energy mean pushing for power cuts in the future.”