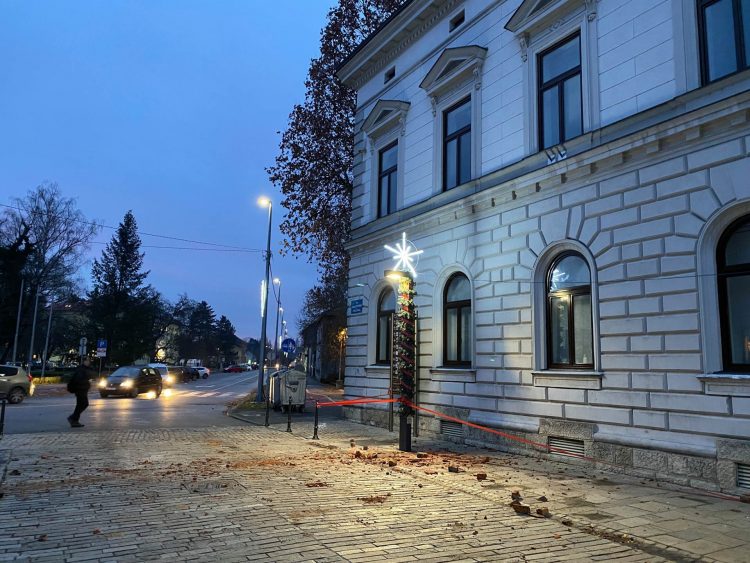 The Croatian Seismographic Service recorded two more earthquakes on Monday whose epicentre was 5 km southeast of Petrinja, the first at 7.49 a.m., measuring 4.7 on the Richter scale, and the second at 7.51 a.m., measuring 4.1.

The epicentre was 10 km underground, 44 km southeast of Zagreb and 11 km southwest of Sisak.

The first quake today occurred at 6.28 a.m., measuring 5 on the Richter scale.

Seismologist Kresimir Kuk said the epicentre of first tremor was in Pokupsko near Petrinja, 50 km southeast of Zagreb and 12 km southwest of Sisak.

The quake occurred at 7-8 km below ground and given the magnitude, aftershocks are possible, Kuk told Croatian Radio after the first quake.

He said damage could be expected in near the epicentre. Damage to buildings has been reported in Sisak.

Kuk warned about the danger posed by the buildings in Zagreb which were damaged in the March 22 quake.

There has been no damage to Zagreb’s Franjo Tudjman Airport in this morning’s tremor and flights resumed as scheduled at 6.55 a.m., the airport said.

No reports on damage in Zagreb for now

Civil Protection director Damir Trut told Croatian Radio after the first quake today that there were no reports from people of any damage in the capital. He recommended that “at this moment” they did not stay close to the buildings that were damaged in the March quake.

The Capital’s Crisis Management Office too said the people of Zagreb had not reported any damage.

Mayor: Free phone lines for those in need

Zagreb Mayor Milan Bandic said two phone lines, 0800 8802 and 0800 8805, had been opened for the people of Zagreb on which they could request assistance.