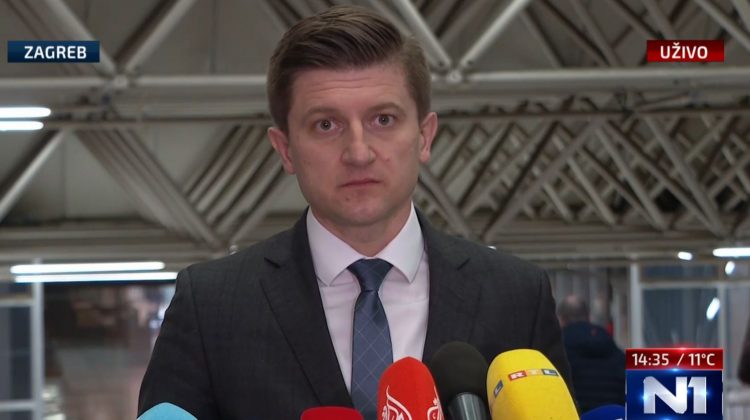 Finance Minister Zdravko Maric said on Wednesday that a recent proposal from the employers' association to cut taxes on labor "are taken into account in principle" but added that "additional discussions and analyses are required." He also said that reducing the mandatory contributions paid out of gross salaries would require "structural reforms in the health and pensions systems."

The largest employers’ association, HUP, said on Tuesday that attracting and keeping quality labor required a more significant reduction of overall labor costs, and proposed ideas to do that.

“It is necessary to significantly reduce the total cost of labour, including by increasing non-taxable income to 5,000 kuna, reducing the lower income tax rate by 5 percentage points, from 20 percent to 15 percent, and keeping the higher income tax rate at 30 percent but raising the threshold for its application, from the current 30,000 kuna to 50,000 kuna,” HUP said.

Maric said that at present, at least two-thirds of all taxpayers do not pay any income tax since in previous rounds of tax reform tax breaks were introduced and basic tax relief had been increased.

“The principle of proportionality of taxation could be further discussed,” he said, adding that there were other changes recently in the tax code, including the exemption of young people from income tax, which this year will result in 146,000 young workers receiving 640 million kuna in tax returns.

He said that he government had “worked a lot” on income tax, noting that the scope of non-taxable income had been expanded.

“Further reducing the tax burden, which I would be in favor of, requires, among other things, paying special attention to health and pension insurance contributions,” Maric said, but noted that “due to the situation in the health and pension sectors, creating preconditions for further reducing the tax burden on labor costs would require structural changes in these two sectors.”