Leader of Social Democrats: We agree with Nato enlargement to Sweden and Finland 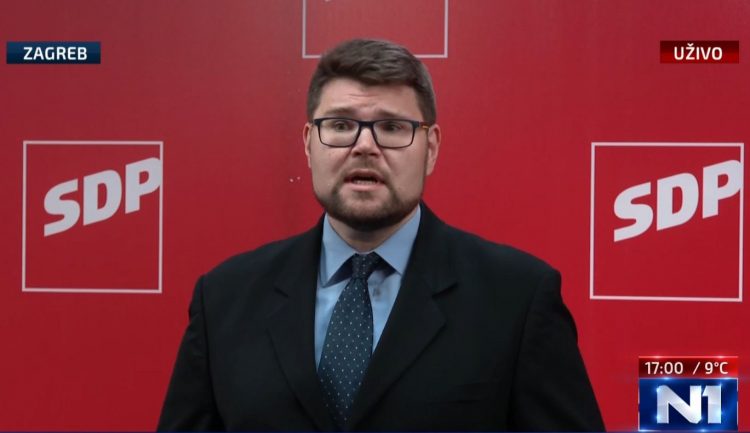 Leader of the largest opposition party, the Social Democrats, MP Pedja Grbin, said on Friday that his party "absolutely supports" Sweden and Finland in their aspirations to join the Nato alliance, but also added that "perhaps some consideration should be given" to President Zoran Milanovic's recent idea for Croatia to make its approval of their membership conditional on amending neighboring Bosnia's election law.

Milanovic, who spent most of his political career as Grbin’s predecessor as the leader of the Social Democrats, recently began linking the issue of Sweden’s and Finland’s Nato membership with the election law reform in Bosnia, threatening that he would not sign off on Croatia’s approval of enlarging the bloc unless the US steps in to change Bosnia’s election law to the benefit of Bosnian Croats.

“We absolutely support the two countries’ accession to Nato – but why not consider President Milanovic’s initiative, regardless of any doubt someone may have, to see what the result would be,” Grbin said. He was responding to a question posed by MP Davor-Ivo Stier (HDZ) who asked if the Social Democrats supported blocking the Nato membership for these two countries.

Grbin avoided answering by saying said that “the issue has not been raised in Parliament yet” and that “Sweden and Finland had not yet sent a request in that regard, nor had they been invited, and Nato had not yet considered sending them an invitation.”