Milanovic expresses satisfaction with relations between Croatia and Hungary 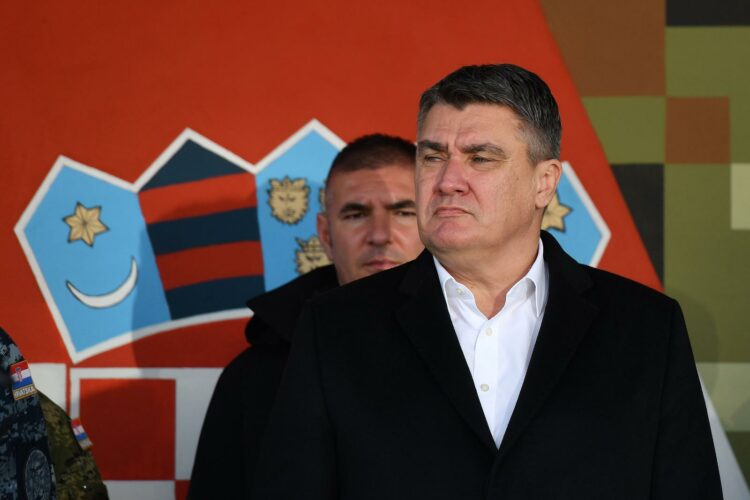 Croatian President Zoran Milanovic said on Saturday in the Hungarian city of Veszprém, this year's European Capital of Culture, whose inauguration he attended, that he is extremely satisfied with relations between Croatia and Hungary and is confident his visit will further strengthen them.

By attending the official launch of the European Capital of Culture Year in Veszprém together with his host, President Katalin Novák, Milanovic ended his two-day visit to Hungary.

“I am extremely satisfied with the official talks. Our two countries and our two peoples share a long common history. I am satisfied with the bilateral relations between Croatia and Hungary and the fact that today we are friendly and allied countries. I am confident this visit will further strengthen our relations,” said Milanovic.

In addition to meeting with President Novák, while in Budapest, Milanovic also met with Prime Minister Viktor Orban on Friday.

The European Union will have three capitals of culture in 2023: Veszprém, Hungary, Timișoara, Romania, and Elefsina, Greece. In addition to the city of Veszprém itself, the entire Bakony-Balaton region is included in the project. The title of European Capital of Culture has been awarded by the European Commission since 1985.

The importance of Central Europe

“This title emphasises the cultural wealth of the countries and deepens, among European citizens, the feeling of belonging to a common cultural space, thus spreading better mutual understanding,” said Milanovic.

“Also, the goal of the project is to develop awareness that European culture is the result of the joint contribution of various states and cities. This especially applies to Central Europe, which is marked by a complex history.”

Milanovic also recalled that Rijeka was the European Capital of Culture just before the coronavirus pandemic.

Rijeka is the only Croatian city to hold that title, but the pandemic prevented a series of events, however, some cultural projects were nevertheless implemented.

In his speech at the ceremony in Veszprém, Milanovic also mentioned Croatian scientist Faust Vrancic, who spent part of his life in Veszprém, and the city repaid him by presenting him in its program.

“As an example of that joint contribution, I would like to point out the Croatian linguist, inventor, engineer, diplomat and priest – Bishop Faust Vrancic, who spent a significant part of his life in Hungary, namely in Veszprém,” said Milanovic.

He expressed his satisfaction that “his biography was recognised as an illustrative example of the European spirit also in the program of this year’s European Capital of Culture.”

Milanovic also noted that the events that would follow this year would also highlight the climate challenges that Lake Balaton and its surroundings were facing.

“Croatia and Hungary are both aware of the fact that climate challenges are a problem also for our economies,” he said.

“The ‘health’ and success of our economies depend greatly on the health of the ecosystems in our countries,” the president added.

This is an “excellent opportunity to highlight such issues in a cultural context in order to make our citizens more aware of what kind of wealth can be lost if there is no timely action on our part,” Milanovic said.

“I hope that we will successfully fight against the climate challenges that have become a pressing problem in the past few years,” the Croatian president concluded.