Milanovic: Some countries want to stop Croatia from joining EUFOR mission in BiH 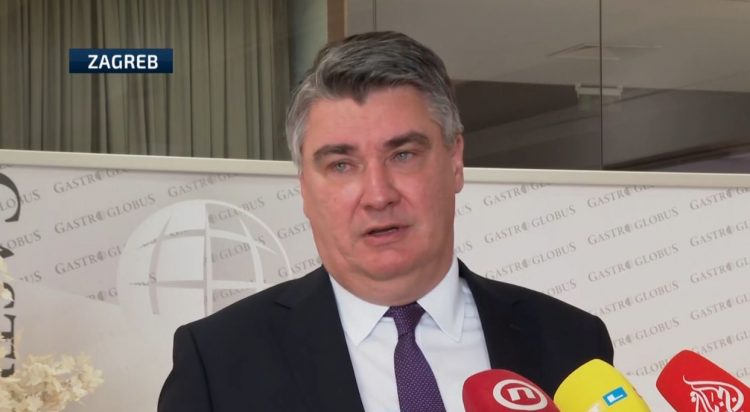 “Austrian soldiers are present in BiH, Croatia is not, is that because someone wouldn’t like them there? I am starting to like that option. There is organized resistance to this from several countries, led by Germany, who say Croatia represents a danger for Bosnia and Herzegovina,” said Milanovic.

Then he pointed toward BiH Army officers who were present at the event where Milanovic spoke.

“There are officers from Bosnia and Herzegovina, of Bosniak nationality, who come here every year. So why do they come to an enemy country? Together, the Government of the Republic of Croatia and I are trying to act in the union so that we have the right to be where we want,” he said.

“You know who’s part of the Mission Althea? Turkey. Turkey, which is not in the EU, and can participate, while Croatia cannot. Erdogan was my dear guest and he said that the Dayton Agreement should be abolished. And then his army is allowed to be in BiH. Very dumb and unusual things are happening,” he stressed.

He also criticised the Croatian Prime Minister, Andrej Plenkovic, who spoke about the situation in BiH at the UN General Assembly on Friday. Milanovic said it was “too late.”

“Some things you either do on time or you don’t do them at all,” he said, arguing that he was the one who addressed the situation before NATO and worked on trying to secure rights for Bosnian Croats.

He then went on to criticise the High Representative of the international community in BiH, Christian Schmidt, saying his mandate is “senseless” and that he “uses his illegal powers only against Croats.”