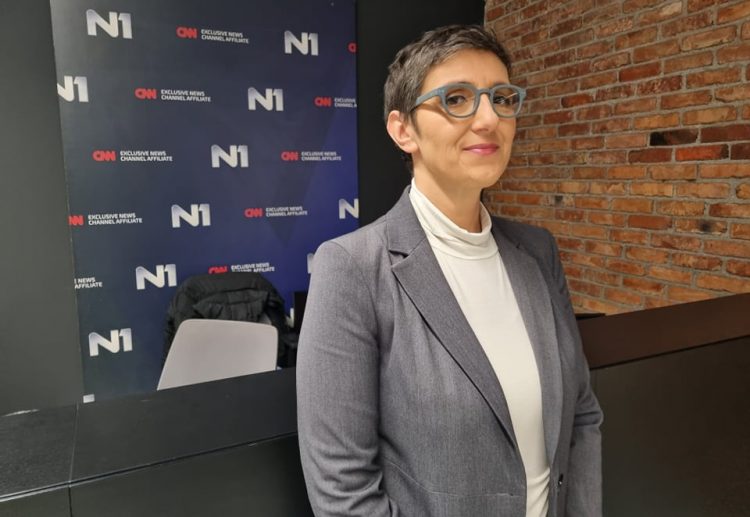 Croatian Journalists' Union (SNH) leader, Maja Sever, who was recently elected president of the European Federation of Journalists (EFJ), has said in an interview with the Croatian state news agency Hina that her priority will be strengthening the safety and security of reporters and their struggle for free media.

“Unfortunately, today the priority of an organisation such as the European Federation of Journalists is the safety and security of journalists and their protection. Our colleagues are dying in Ukraine, but journalists are also the target of other attacks – physical and online. There is also the issue of protecting and strengthening their labour rights to ensure their existential security, because only then can journalists write freely,” said Sever, who was given broad support from European colleagues at the EFJ assembly in Izmir, with 137 of the 144 members of the European Federation of Journalists voting for her as the new head.

In her inaugural speech then, Sever said that the new goal was to get a strong European law on media freedom, to continue the fight for copyright protection and to strengthen the legal framework for the protection of quality journalism.

‘A vicious circle of pressure from politicians and advertisers’

In the interview with Hina, she stressed that on the “domestic battlefield” she will continue to advocate for strengthening the independence of the Croatian media – independence from economic and political pressure. That also means continuing to fight for high-quality professional and free media which is something domestic professional journalist organisations such as the Croatian Journalists’ Association and the SNH have been advocating for years. The situation in Croatian journalism is becoming increasingly difficult, said Sever, assessing that the “vicious circle of pressure” by politicians and advertisers was becoming stronger.

“We are witnessing this from the local level, where local media outlets are dependent on co-financing by political stakeholders who in turn are practically seeking political propaganda in local media, on to the national level where a very unusual system has also been established. A system in which the government, ministries, state institutions abundantly co-finance and enter into arrangements with mainstream media, who organise conferences, events and presentations of the results of European projects. That, de facto, binds and pressures them. How will the media freely criticise if they have just signed an agreement on, say, five ‘events’ in which they will publish the results of their project,” Sever wonders.

She added that the situation of labour rights in Croatian media outlets is becoming more difficult. There are more and more freelancers, atypical workers who do not have collective agreements and have very weak protection of labour and social rights.