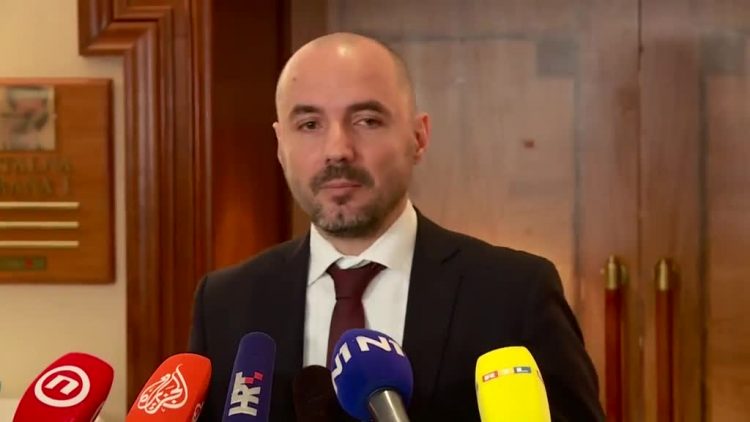 The Parliament's credentials and privileges commission on Tuesday stripped former Deputy Prime Minister and current MP Boris Milosevic (SDSS) of immunity, clearing the way for criminal proceedings to be launched against him.

Last week state prosecutors requested that Milosevic be stripped of immunity after they had launched an investigation into him in March on the suspicion that he incited corruption, i.e. illegal allocation of state subsidies, in a case launched after the arrest of former construction minister Darko Horvat (HDZ).

Milosevic’s defence attorney Anto Nobilo had previously said that Milosevic did not consider himself to be guilty and that he did not commit any crime by “advocating for his voters who had elected him.” Horvat was the only one in the case to spend 10 days in pre-trial detention.

Uskok anti-corruption investigators suspect that in 2018, at the time when he served as Economy Minister Horvat illegally awarded, at the instigation of four other suspects, and together with his assistant Ana Mandac, 2.6 million kuna in grants to enterprises he was also personally interested in.

In addition to Horvat, Mandac and Milosevic, former minister Tomislav Tolusic, a state secretary at the Ministry of Regional Development, Velimir Zunac, and the head of the Directorate for Assisted Areas, Katica Miskovic, are also suspects in the case.

The case has also resulted in an investigation against former labor minister Josip Aladrovic, whom Uskok suspects of granting preferential treatment in two cases of recruitment, in 2018 and 2019, when he was the director of the state-run public pension fund HZMO.

The investigation into Aladrovic was expanded to include the mayor of Zupanja and former HDZ member Damir Juzbasic, now an independent candidate supported by the minor right-wing group Homeland Movement. They were all interviewed by Uskok on Monday.

After the investigation was launched, Aladrovic and Milosevic remained in office for a while. This was the first time ever two government members were under investigation. They were relieved of their duties in late April.

“According to unofficial sources, Horvat was arrested after his former assistant Mandac testified to Uskok that the disputed subsidies were awarded contrary to the relevant criteria,” state agency Hina said, without clarifying.

“She allegedly said that they had been warned that allocating money contrary to the relevant criteria was against the law. Horvat, however, claims that he only signed the documents brought to him by Mandac,” Hina added.

Parliament is expected to vote on stripping Milosevic’s of immunity on 1 July. After that, he is expected to be questioned by Uskok, which will decide whether he will be indicted.