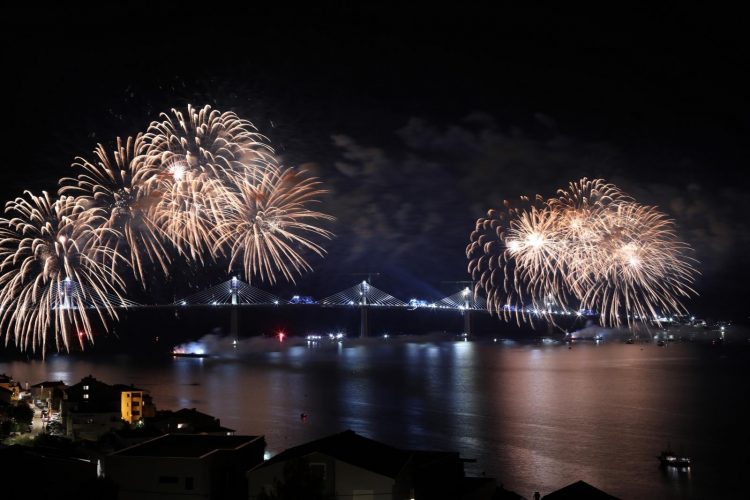 The Peljesac Bridge was fully joined together on Wednesday night, with the installation of the last, 165th segment of its steel span, and it now stretches from the village of Komarna on the coast to Brijesta on the peninsula of Peljesac.

The 2,440-metre bridge has 13 spans, of which five central spans are each 285 metres long, six 33-metre-high centrally installed pylons made of reinforced concrete, and two lanes, plus a hard shoulder for bridge maintenance.

Crowds gathered along the coast, as well as on boats at sea, to watch the joining of the bridge, which was followed by a long firework display.

“The Peljesac Bridge is a fascinating strategic achievement of the Croatian people and the government that will serve generations to come, Prime Minister Andrej Plenkovic said on Wednesday night. “This is a project that connects, it does not divide.” 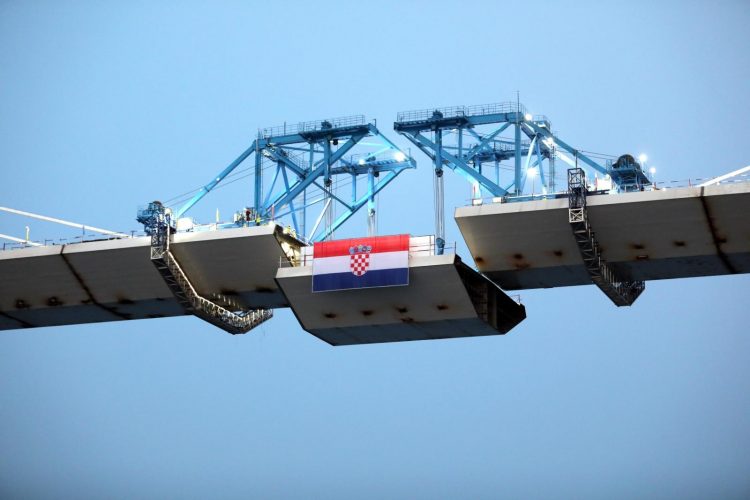 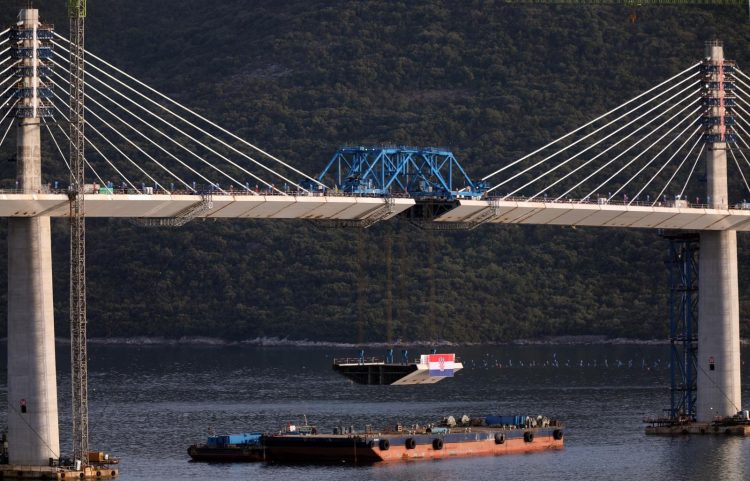 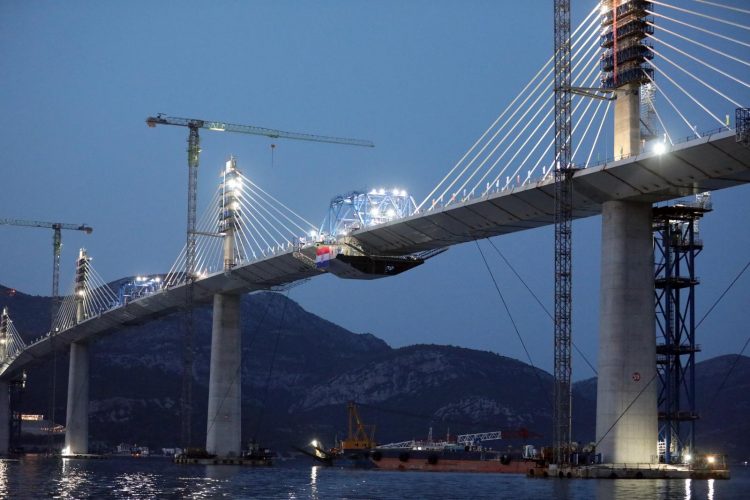 The bridge was designed by Slovenian engineer Marjan Pipenbaher and was built by China Road and Bridge Corporation. The Chinese company was awarded the job in 2018, offering a price of 2.081 billion kuna, not including VAT, and a completion deadline of 36 months. The decision on financing the project was made by the government in 2017.

Work on the bridge officially started on July 31, 2018. The bridge and its access roads are expected to be opened to traffic in June 2022, before the start of the peak tourist season.

In May 2013, a study commissioned by the European Commission showed that the Peljesac Bridge was the best solution for connecting southernmost Croatia with the rest of the country.

The bridge constitutes the first of a total of four stages of the project “Road Connection to South Dalmatia”, for whose co-financing the EC approved €357 in grants, or 85% of eligible costs.

The European Union is also co-financing the construction of access roads, tunnels, additional bridges and viaducts as well as a ring road at Ston.