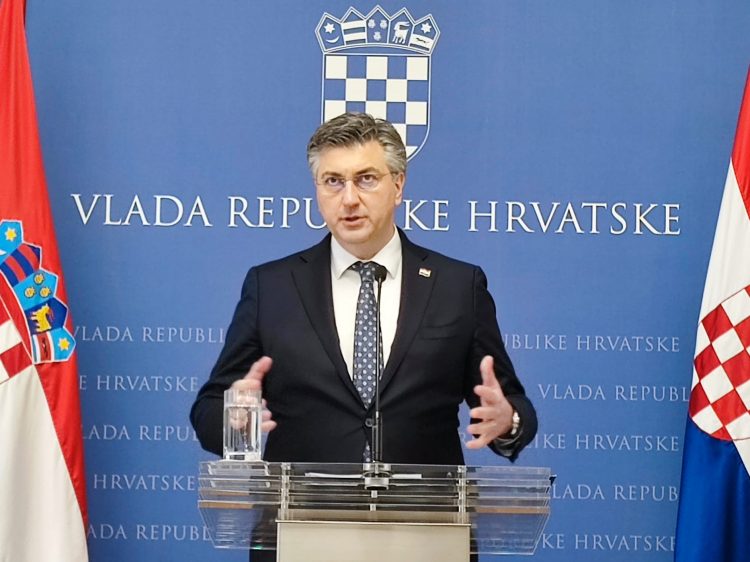 Demographic revitalisation remains a strategic issue of Croatia's future and all actors must cooperate in this long-term project, from the national and local governments to civil society and the business sector, Prime Minister Andrej Plenkovic said on Monday.

Speaking at an Economic and Social Council session, he said the Croatian Bureau of Statistics was still processing the results of last year’s census but that they led to the conclusion that everyone would have to work together on more effective public policies that would contribute to turning the negative population trends around.

“We wish to create a positive social climate for starting and expanding a family, better care for children and our older citizens, because a demographically more vital Croatia is the only solution to the future of the Croatian people,” the prime minister said.

That requires the synergy of the state, municipalities, towns, counties, civil society, the social partners, the academic community and the business sector because it is an issue on which it is easiest to reach a broad national consensus, he added.

Croatia’s population began decreasing in 1991 as a consequence of the war, emigration, ageing and fewer births, but other EU member states have the same problems, he said.

The government is taking measures for youth, families and other social and economic actors via population, tax, social, housing, education, employment and other policies.

Plenkovic said a national reform programme would comprise 95 reforms in six areas – the economy; public administration and the judiciary; education, science and research; the labour market and welfare; health; and building reconstruction and energy efficiency.

He mentioned challenges such as climate change, energy efficiency, the crackdown on corruption, stronger administration, a modern education system, helping those most in need, and promoting healthy lifestyles and disease prevention.

Plenkovic also mentioned the government’s activities to boost the economy and mitigate the blow of the crisis to living standards.