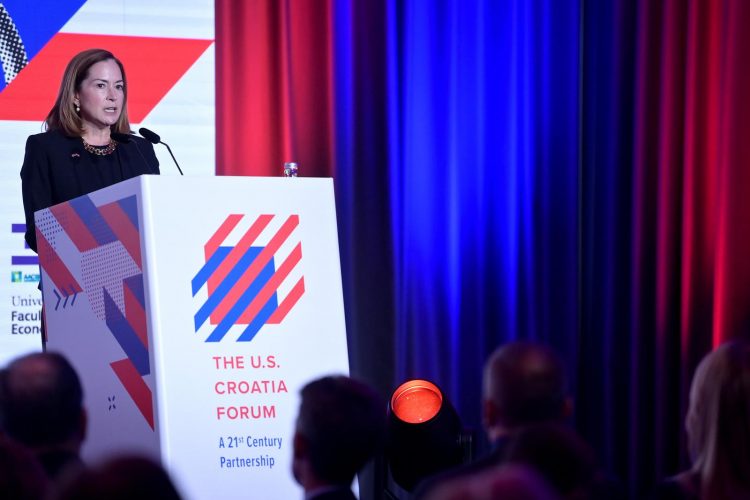 Defence and security cooperation are the cornerstone of the relations between Croatia and the United States, US official Lee Satterfield said at the closing ceremony of the US-Croatia Forum in Zagreb on Tuesday.

One thing is certain. The relations between the US and Croatia are strong, whether it’s about global issues, defence and security, energy, climate change, trade or investment, said Satterfield, Assistant Secretary of State for the Bureau of Educational and Cultural Affairs.

Defence and security cooperation are the cornerstone of our relations, Satterfield said.

State Secretary at the Ministry of Foreign and European Affairs Frano Matusic agreed that cooperation in those areas was increasingly strong.

Croatian and US soldiers stand side by side in peacekeeping missions across the world, added Matusic.

The US official thanked Croats and the Croatian government, an ally of the US and NATO and EU member, for everything they are doing for Ukraine in an unprovoked war.

Satterfield and Matusic, together with Jurica Pavicic, Dean of the Faculty of Economics and Business in Zagreb, closed the two-day US-Croatia Forum, held on the occasion of 30 years of diplomatic relations between Zagreb and Washington.

Croatia and the US on Monday signed the Global Entry agreement, which will further simplify and facilitate the entry of some Croatian citizens into the US, after they have been able to travel to the US without a visa for tourist and business trips lasting up to 90 days since October last year.

Satterfield believes that Croatia’s joining the Global Entry programme will open the way for new opportunities and possibilities. Before Croatia, only three European countries joined that programme — Germany, the UK and Switzerland.