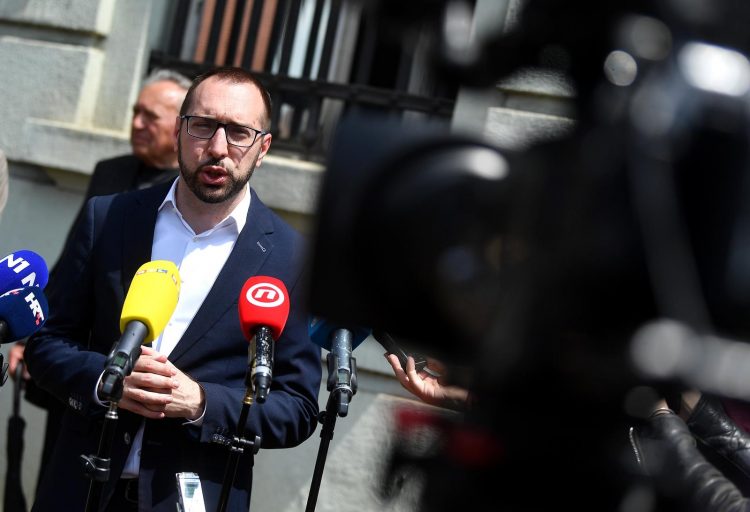 Zagreb Mayor Tomislav Tomasevic said on Tuesday that sweeping for covert listening devices at the Zagreb Holding multi-utility conglomerate was a common procedure from the catalogue of services related to corporate security, aimed at preventing irregularities and corruption.

Speaking at a regular news conference, he said that corporate security was an integral part of large companies’ business operations, notably with regard to major public procurement projects, and that the option “may or may not be used.”

“This is also due to the various indictments issued by the USKOK anti-corruption office… so Zagreb Holding’s management wants to improve corporate security in that regard as well,” he said, adding that possible checks were not related to the leaking of the names of surplus Zagreb Holding employees.

Speaking of plans to carry out a forensic analysis of water pipelines in the context of ruptures in the city water supply grid this and last year, Tomasevic said that it was under way and that it was a standard procedure to determine how exactly the ruptures happened and to rule out human error.

He said that there had been no investments in the city water supply grid for 20 years even though 15 years ago Zagreb Holding bonds were issued for that purpose.

Reconstructing the water supply grid will cost at least 2 billion kuna and the process will take seven to eight years, he said.

Asked if citizens should fear gas shortages, Tomasevic said that the issue was within the remit of the state, recalling that he had already said that Croatia should reduce its dependence on fossil fuel imports because it was not only an environmental but also an energy security issue.

Tomasevic also confirmed that the offices of a dozen local government committees would be repurposed to serve as kindergartens and that there were plans to create 60 jobs.