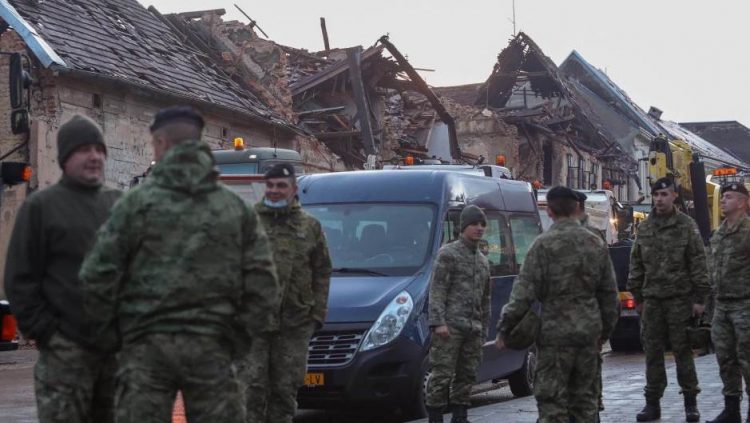 There are currently 150 troops in the quake-stricken areas in Petrinja, Sisak and Glina and another 350 are on standby to help if needed, Defence Minister Mario Banozic said on Wednesday, adding that the local barracks would be fully occupied by local residents whose homes were damaged in Tuesday's devastating quake.

“At the moment there are about 150 soldiers on the ground in Petrinja, Glina, Sisak, and in all municipalities that expressed they need help at a meeting of the civil protection authority today. We also have another 350 soldiers on standby,” Banozic said during a cabinet meeting.

There are also five helicopters – three in Petrinja and two in Zagreb – to ensure emergency medical transport. The thing that is needed most today is heavy machinery to remove and demolish hazardous buildings.

He commended the army and civil protection units as well as the homeland security system for their prompt organisation to tend to the people. He added that teams were dispersed so that as few of them were housed in the barracks while the others were on standby.

There is room for about 500 people at the Petrinja barracks. Banozic said that last night 315 people were accommodated there, particularly the elderly from aged care facilities. This morning an additional 15 to 20 elderly people arrived in the barracks.

Banozic added that the military headquarters building in Zagreb suffered some minor damage in Tuesday’s earthquake and that they were waiting for structural engineers to inspect the damage.

President Zoran Milanovic, who is the supreme commander of the military, on Wednesday toured the quake-hit areas and visited soldiers on the ground.